The religion of peace strikes again….

FOUR churches have been forced to shut after Christian worshipers were pelted with rocks in a shocking series of attacks.

The coordinated attacks took place in the Egyptian region of Minya, south of Cairo, where church leaders are now pleading for support.

After keeping quiet for two weeks to help officials carry out investigations, Coptic Orthodox leaders have now spoken out and accused Egypt of treating Christian prayers “as a crime”.

Just imagine Iran would have done that … 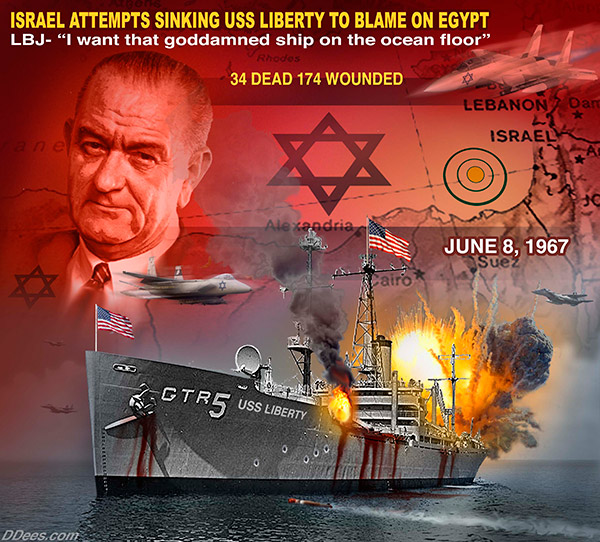 Both articles in full down below:

Indeed, President Lyndon Johnson dispatched nuclear-armed fighter jets to drop nuclear bombs on Cairo, Egypt.  They were only recalled at the last minute

The USS Liberty was a United States Navy Technical Research and Intelligence ship that was attacked by numerous Israeli Air Force jet fighters aircraft AND Israeli Navy torpedo boats on June 8, 1967, which was during the Israeli “Six-Day War”.

The combined air and sea attack killed 34 crew members (officers, seamen, Marines, and one civilian), wounded 170 crew members.., as the Israeli forces did their best.., to sink this ship !!

At the time, the ship was in “protected” international-waters north of the Sinai Peninsula, which was about 26 miles northwest of the Egyptian city, Arish.

The Egyptian government has announced plans to build a new capital to the east of the present one, Cairo.

He said the aim was to ease congestion and overpopulation in Cairo over the next 40 years.