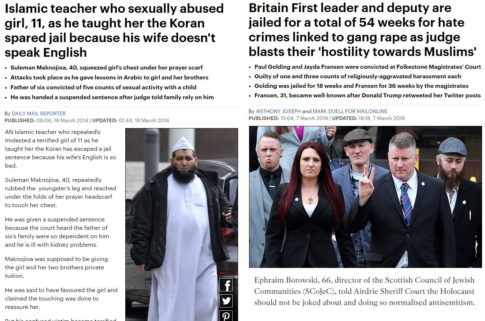 The co-leaders of the anti-Islamization group, Britain First, have been found guilty of religiously aggravated harassment at a British court in a case originating over the trial of four Afghan Muslim males who repeatedly gang-raped a lost 16-year-old girl above a food takeout shop in Kent, in 2016.

Breitbart  The court heard how Britain First leader Jayda Fransen had led a “campaign” of harassment against the four rapists and other supporters “not directly involved in the rape case” during their trial in May 2017, reports Kent Live.

Fransen and her former partner Paul Golding both denied all charges against them but were found guilty of three and one counts of religiously aggravated harassment respectively. Sentencing will follow. 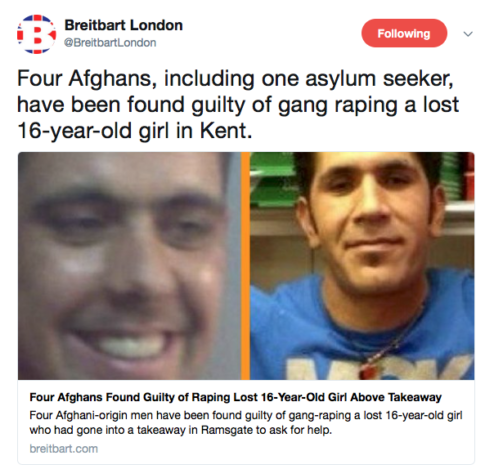 Daily Mail Fransen was accused of telling defendant Tamin Rahmani’s brother Faiz that ‘Muslims are bastards and rapists’. Fransen was also convicted of visiting the Kent home of Tamin Rahmani, and shouting “racist” (What race is Islam?) abuse through the front door while his pregnant partner Kelli Best was there. 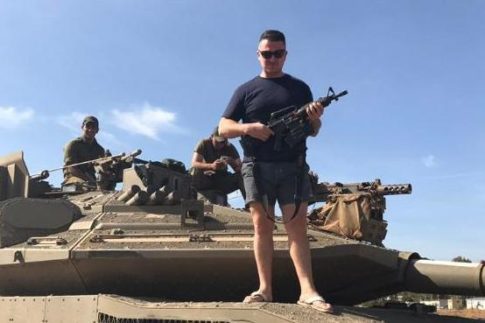 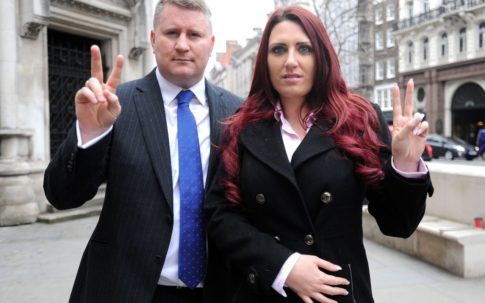 The deputy leader of far-right group Britain First, who was retweeted by Donald Trump, has been re-arrested on the court steps in Belfast.

It came minutes after Jayda Fransen, 31, appeared in court accused of behaviour intended or likely to stir up hatred arising from her speech at a Northern Ireland Against Terrorism rally last summer.

Her rearrest came after she featured in a tweet on Wednesday purporting to show her at a peace wall used to divide Catholic residents from Protestants to prevent violence during the Troubles.

The message said it was shot in the staunchly unionist Shankill area of west Belfast.

It comes as the group gained its greatest publicity ever last month when it revealed Donald Trump had retweeted three of Ms Fransen’s videos, endorsing her Islamophobic message to his 43.6 million followers.

Britain First leader Paul Golding was also arrested at the court in relation to a rally speech he made in the city in August.