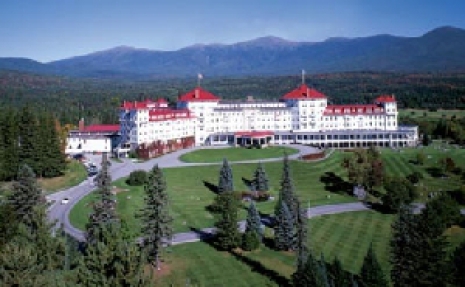 A monetary conference sponsored by the Institute for New Economic Thinking – a nonprofit founded in 2009 with a $50 million pledge from oligarch George Soros – will be held April 8-11 at the Mount Washington Hotel in Bretton Woods.

Bretton Woods is, of course, the location of a monetary conference that was held following World War II. Lew Rockwell explained what went down at that conference:

At the end of World war II, the monetary condition of all nations was deplorable. The United States faced a massive debt overhang from the war and yet this country was still a creditor nation to the world. The United States also had huge stockpiles of gold. Most everyone else was flat-out bankrupt, as only a gargantuan government program can accomplish. The main currencies had been wrecked and the main economies along with them.

As was the fashion, world elites assembled to plan some gigantic coordinated solution. They met from July 1 to July 22, 1944, at the Mount Washington Hotel in Bretton Woods, New Hampshire, and drafted the Articles of Agreement. It was nearly a year and a half later, in December 1945, that the agreement was ratified. On March 1947, one of the monstrosities created during event, the International Monetary Fund, began operations.[The World Bank was also created at Bretton Woods-RW]

What was the goal of the plan? It was the same goal as at the founding of the Federal Reserve and the same goal that has guided every monetary plan in modern history. The stated idea was to promote economic growth, encourage macroeconomic stability, and, most absurdly, tame inflation. Of course, it did none of these things.