More than 4,000 jobs at risk after Christmas woe but analysts say video rental chain failed to keep up with the competition

The Blockbuster video rental chain became the third major high street casualty in a week on Wednesday, collapsing into administration and taking the total number of retail jobs at risk to 10,000. 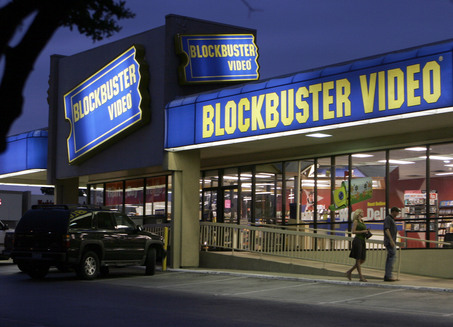 Blockbuster Inc. will close up to 960 stores by the end of next year as the company looks to focus on its core stores and eliminate costs.

Liquidity has been a key issue for Blockbuster, which earlier this year faced some doubts about its ability to continue operating. The company, which has been struggling with the recession and the consumer shift to online rivals like Netflix Inc. and kiosk operators such as Coinstar Inc.’s Redbox, has refinanced debt and sold off some assets.

Blockbuster said Tuesday in a filing with the Securities and Exchange Commission that it will implement a proposed credit agreement amendment to extend the final maturity of a term loan and allow it to sell off non-core international assets and complete planned store closures.

The company said it plans to close 810 to 960 stores by the end of next year, including 280 to 300 normal closures and 300 to 385 accelerated closures this year. It added that 35% of its stores are considered core, while 47% are profitable non-core stores and 18% are unprofitable.

Read moreBlockbuster Inc. to Close Up to 960 Stores to Cut Costs