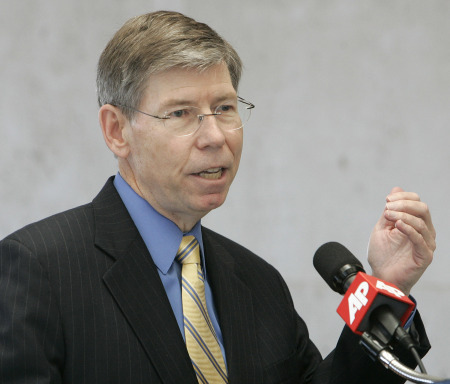 ORLANDO (Reuters) – Florida Attorney General Bill McCollum on Wednesday proposed tougher curbs against illegal migrants in his melting-pot state which he said would go “one step further” than a similar contested Arizona law.

The proposal by McCollum, who is lagging in a race to become the Republican candidate for governor, was certain to thrust Florida into the heated immigration debate that is a major issue ahead of November 2 midterm Congressional elections.

“This legislation will provide new enforcement tools for protecting our citizens and will help our state fight the ongoing problem created by illegal immigration,” McCollum said, presenting the proposed measures at an event in Orlando.

“Florida will not be a sanctuary state for illegal aliens,” added McCollum, accompanied by Representative Will Snyder.

The legislation will require Florida law enforcement officials to check a suspected illegal immigrant’s status in the course of a stop, or a violation of another law. This goes beyond the existing situation in the state where officers are allowed to check immigration status, but not required to.