“… a girl who does not reveal her identity, talks with heartbreaking candour about how she would do anything for her BlackBerry; when a gang of boys takes it from her she recounts how she endured sexual assault in order to have it back.” 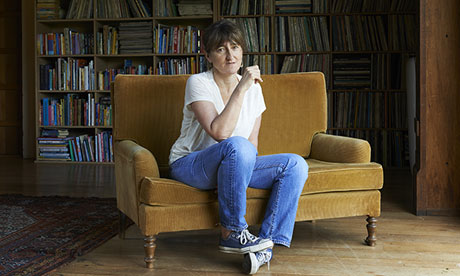 Beeban Kidron, at her Suffolk home: ‘There is a new world order and our children are carrying it around in their pockets.’ Photograph: Suki Dhanda for the Observer

When Beeban Kidron makes a film, she says, she always tends to start on the street. InRealLife, which is a film no parent and no teenager should miss, began in exactly that way. She went out with her camera and started talking to a group of lads in London. “What is the best thing about the internet?” Kidron wondered. One of the boys, a 15-year-old called Ryan, answered her without hesitation. “Porn,” he said. The following day Kidron – who began her film-making career more than 30 years ago when she took a camera with her to Greenham Common – phoned Ryan to see if he might want to talk further about his answer; she talked, too, to his mother, and eventually she was invited into the great terra incognita of contemporary life, the teenage bedroom.