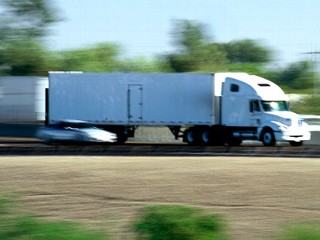 Arrow Trucking laid off approximately 200 drivers this week and stopped payments on their gas cards, leaving some drivers stranded Tuesday around the United States. (Getty Images)

Layoffs are a fact of life in this economy, but there are humane ways to do it.

The Tulsa, Okla., trucking company stopped payment on the gas cards of its drivers, leaving some of them stranded Tuesday around the United States, miles from home. No explanation on the website. No one at the company answering phones.

The 200 or so employees at Arrow Trucking’s headquarters were told to pack up their belongings and go home Tuesday morning, according to the Tulsa World.

The only acknowledgement was a brief recorded message on the company’s main phone number, asking drivers of its Freightliner and Kenworth trucks to turn their rigs in to the nearest dealer and to call a special hotline to arrange for a bus ticket home. Drivers of the company’s Navistar trucks were told to call back for more information.

Read moreArrow Trucking Shuts Down, Lays Off 1,400 And Strands Drivers During Layoff