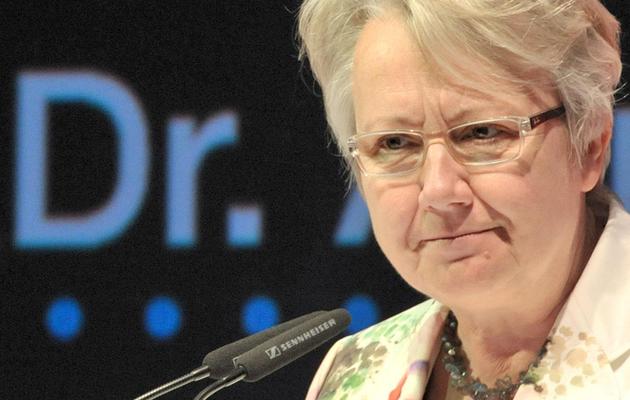 Some thought the irony of a Treasury Secretary who cheated on his taxes was extreme but Germany has gone one better as the nation’s Education Minister has just been stripped of her PhD due to plagiarism. As Spiegel Online reports, the University of Düsseldorf has revoked German Education Minister Annette Schavan’s degree because “she systematically and deliberately presented intellectual efforts throughout her entire dissertation that were not her own.” As such, she was guilty of “intentional deception through plagiarism.” Allegations that parts of her dissertation were not consistent with academic standards were first raised last spring and were hardened in October when a blogger released detailed findings of citation shortcomings he had found in the education minister’s dissertation. Of course, she has taken the political route to this problem – denial –  admitting merely to “oversights,” and adding that “There was no cheating involved.” The university voted 12 to 2 to revoke her degree and invalidate her academic title. Schavan is yet to resign from Merkel’s Cabinet. What next? A skeet-shooting gun tzar, a job tzar responsible for thousands of jobs losses while in the private sector, or a Nobel Peace Prize winner building a drone army.
Via Spiegel Online,

German Education Minister Annette Schavan has long been dogged by accusations that she had plagiarized parts of her Ph.D. thesis. Now, the University of Düsseldorf has revoked her degree. She may be forced to resign from Chancellor Angela Merkel’s cabinet.