I am calling for a worldwide ban of rocks, bricks, cars, trucks…

…and so would France:

All of this madness is a worldwide deliberately created problem by TPTB.

TPTP brought all those migrants to Europe…

…just before the (planned) greatest financial/economic collapse in known world history for a (very bloody) reason.

Get some those Bushcraft/outdoor/survival/hunting knives, whilst you still can… 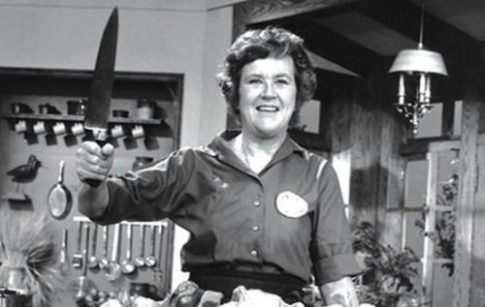 Julia Child: preparing beef stew or about to kill someone?

According to Reason, British politicians have “declared war on knives” and are swiftly moving with an attempt to ban them, as gun bans have amazingly failed to stop crime altogether:

Having failed to disarm criminals with gun controls that they defy, British politicians are now turning their attention to implementing something new and different: knife control. Because criminals will be much more respectful of knife laws than of those targeted at firearms, I guess.

“No excuses: there is never a reason to carry a knife. Anyone who does will be caught, and they will feel the full force of the law,” London’s Mayor Sadiq Khan tweeted on April 8.

Not to be outdone, his predecessor, Boris Johnson, currently Foreign Secretary, called for increased use of stop-and-search powers by police. “You have got to stop them, you have got to search them and you have got to take the knives out of their possession.”

Poundland (the British equivalent of a dollar store) announced last week that it will no longer sell kitchen knives in any of its 850 stores. Similar stores are being slapped with fines for selling knives to minors.

This latest regulatory insanity get worse:

British politicians propose banning home delivery of knives and police promote street-corner bins for the surrender of knives while also conducting stings against knife vendors. Their goal is to “target not only those who carry and use knives, but also the supply, access and importation of weapons.”

It all sounds all so familiar, doesn’t it? And yet so utterly pointless. If British authorities have been unable to block criminals’ access to firearms—mechanical devices that require some basic mechanical skill to manufacture, or at least a 3D printer—how are they going to cut off the flow of knives, which require nothing more than a piece of hard material that can take an edge?

There are also practical downsides to discouraging the public from possessing knives—one of the oldest and most useful tools ever invented. Poundland, after all, isn’t dropping the sale of combat blades; the company’s move applies specifically to the tools people use to make their meals. The law looks much more likely to inconvenience peaceful people planning to carve a roast than to put off thugs who, push comes to shove, can find a way to sharpen a piece of rebar against a rock.

This hyperbolic response by politicians who desperately need to be seen as doing something, comes in the wake of a growing number of stabbings since Britain outlawed guns altogether. While Britain can now boast, as Piers Morgan famously did in his interview with Alex Jones, that they were only about 30 gun murders in Britain in the year prior, British politicians failed to notice that crime continues to happen, just through different means.  It became clear when Britain’s crime stats were put up against those of gun toting New Yorkers.

As we recent reported,  London now has a higher murder rate than New York City, a metropolis of nearly identical population and one long considered more vulnerable to crime. “London police investigated more murders than their New York counterparts did over the last two months,” Reuters reported earlier this month. “In the latest bloodshed, a 17-year-old girl died on Monday after she was found with gunshot wounds in Tottenham, north London, a day after a man was fatally stabbed in south London.”

Commentators note that this may be a blip and that New York City’s murder rate for 2017 stood at more than double that for London. In fact, London’s murder rate really hasn’t risen much—instead, New York’s has dropped dramatically. But that still represents a big shift. In her 2002 Guns and Violence: The English Experience, historian Joyce Lee Malcolm noted that “New York City’s homicide rate has been at least five times higher than London’s for two hundred years. For most of that time, there were no serious firearm restrictions in either city.”

New Yorkers didn’t need firearms to exceed the bloodlust of their trans-Atlantic rivals. Even if you removed crimes committed with guns from the comparison, “New Yorkers still managed to outstab and outkick Liverpudlians by a multiple of 3 and Londoners by a multiple of 5.6″ over those two centuries,” wrote the late Eric H. Monkkonen in Murder in New York City, published in 2000.

Shortly after London Mayor Sadiq Kahn’s city-wide ban on knives, The Express had reported  that one of Scotland’s leading doctors has called for a ban on “killer” kitchen knives. 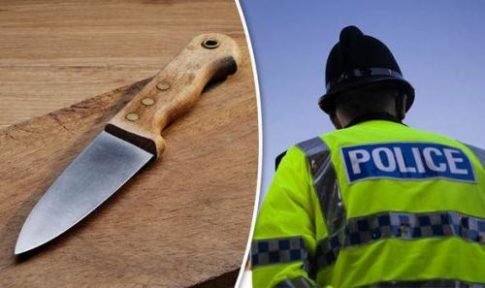 Dr John Crichton, the new chairman of the Royal College of Psychiatrists in Scotland, wants the sale of pointed kitchen knives to be banned to help reduce the number of fatal stabbings.

Crichton, who took on the role of chairman in June this year, is championing a switch to so-called “R”-bladed knives, which have rounded points and are far less effective as weapons. 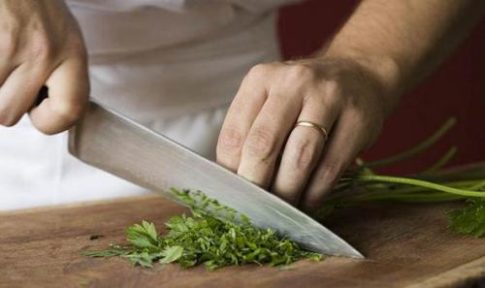 As The Express adds, the doctor noted that research shows many attacks, particularly in households where there has been a history of violence, involve kitchen knives because they are so easily accessible. Dr Crichton believes a switch from sharp-pointed, long-bladed knives to the new design could save lives.

As bizarre as the idea of the banning kitchen knives sounds – why not ban truck rentals too while you’re at it, after all that’s what a terrorist used in the deadly March 2017 attack on London Bridge and again yesterday in Toronto – it hasn’t stopped its advocates from beating the drum even harder over recent weeks. However, politicians may be shocked to learn that the knife ban will lead to the same outcome as the attempted gun ban: criminals will find different methods to commit violent crimes as those who don’t obey the law will hardly be bothered by even more regulation.

Meanwhile, law-abiding British citizens hoping to prepare dinner from scratch inside the comfort of their own kitchen, well, they may be stuck ordering in… indefinitely.