– US “Will Respond” To Syria Gas Attack Regardless Of Security Council’s Decision:

“History will record this as the moment when the Security Council either discharged its duty or demonstrated its utter and complete failure to protect the people of Syria. Either way, the United States will respond.”

“I could hold up pictures of babies lying dead next to their mothers, in their diapers, all lying together, dead, ashen blue, open eyed and lifeless, white foam bubbling from their mouths and noses.”

Haley added that “the world must see justice done” in Syria.

Before heading into his Monday afternoon cabinet meeting, President Donald Trump condemned a chemical weapons attack in Ghouta, Syria during an impromptu press conference. The president said “even with the world as bad as it is, you just don’t see things like that” before saying he’d decide on a response “probably by the end of today.”

And while the US was “having trouble getting people in” to the town, Trump added that he would definitively determine which states were involved in the attack – be it Syria, Iran, Russia (or presumably all three).

With Trump and his most trusted advisors still debating the proper response, several anonymous Pentagon officials have told the Washington Examiner that the US is considering several options including a missile barrage similar to the strike carried out on a Syrian air base last year.

The Israeli F-15s launched a lethal strike on a Syrian airbase early Monday, killing 14 people with the US’s tacit approval.

The options being considered now are similar to the options that were provided to the president before last year’s strike. The US has several ships armed with tomahawk cruise missiles stationed in the region – including the USS Donald Cook, a guided-missile destroyer that just completed a port call in Cyprus and got underway in the eastern Mediterranean. The ship is within range of Syria and could presumably strike at any target the president orders.

Last year, the US destroyed more than a dozen aircraft, as well as oil storage facilities and other structures, and killed at least seven people when it fired 59 missiles at Syria’s Shayrat Airbase following a chemical weapons attack that the US also pinned on the Syrian government.

But according to one official who spoke with the Examiner, Trump could be considering a “more robust” strike this time around, considering that Syrian President Bashar al-Assad didn’t quite get the message last time.

Both the UK and France have suggested they’re considering military action in Syria. UK Foreign Secretary Boris Johnson said he and his French and US allies agree there should be “no impunity for those that use such barbaric weapons.”

However, Johnson added that Monday’s emergency meeting of the UN Security Council would be “an important next step in determining the international response” and that “a full range of options should be on the table.” 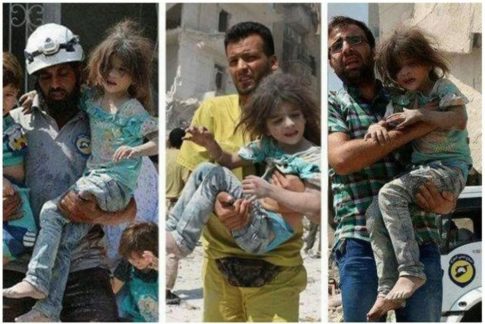 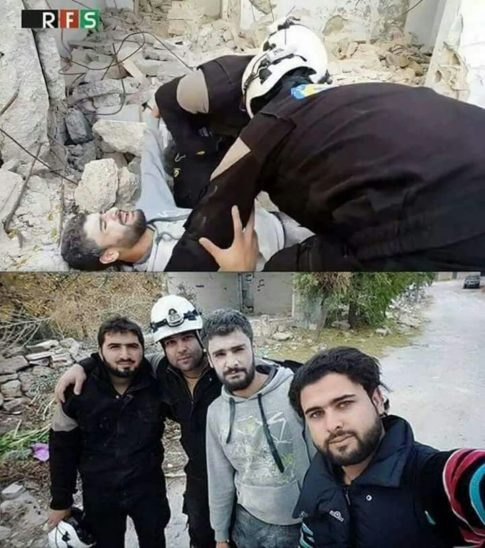