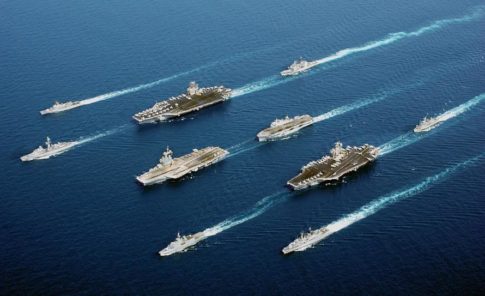 As Beijing flexes its naval war muscle in a South China Sea “show of force”, the US is preparing for a naval drill of its own, with the Pentagon deploying an unprecedented three carrier battle groups to the region.