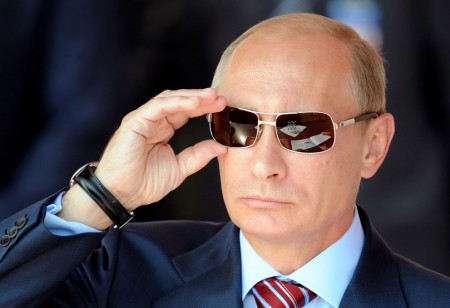 Shortly after the Russian embassy in the UK reacted angrily to Britain’s expulsion of 23 diplomats after Theresa May accused Russia of using a chemical weapon on UK soil, saying that it considers “this hostile action as totally unacceptable, unjustified and shortsighted” and adding that “all the responsibility for the deterioration of the Russia-UK relationship lies with the current political leadership of Britain”, the Russian foreign ministry double down and warned that the UK’s “hostile actions” against Russia under the pretext of the poisoning of ex-double agent Sergei Skripal are an “unprecedented provocation” which won’t be left without a response.

The British move is “an unprecedentedly rude provocation, which undermines the foundations of a normal dialogue between our countries,” the ministry said in a statement.

The ministry said that “the British government chose confrontation with Russia” instead of completing the investigation and using international formats “including those in the framework of the Organization for the Prohibition of Chemical Weapons.”

The Russian diplomats also claimed that “it’s obvious that by opting for unilateral and non-transparent methods of investigating this incident, the British authorities have once again tried to unleash an indiscriminate anti-Russian campaign.”

Moscow said that it was “unacceptable and unworthy” for the UK leadership to further escalate tensions in relations with Russia “in pursuit of its own deplorable political aims.”

“Needless to say, our response measures will not be long in coming,” the Foreign Ministry concluded.

Russia had previously said that it’s open to cooperation with the UK on the Skripal case if it’s carried out in accordance with international law and Moscow is treated as an equal partner in the probe. Russia has also officially requested that the UK provide all the case files regarding the incident, but was turned down.

Below is the response from the Russia Foreign Ministry so far:

The March 14 statement made by British Prime Minister Theresa May in Parliament on measures to “punish” Russia, under the false pretext of its alleged involvement in the poisoning of Sergey Skripal and his daughter, constitutes an unprecedented, flagrant provocation that undermines the foundations of normal dialogue between our countries.

We believe it is absolutely unacceptable and unworthy of the British Government to seek to further seriously aggravate relations in pursuit of its unseemly political ends, having announced a whole series of hostile measures, including the expulsion of 23 Russian diplomats from the country.

Instead of completing its own investigation and using established international formats and instruments, including within the framework of the Organisation for the Prohibition of Chemical Weapons – in which we were prepared to cooperate – the British Government opted for confrontation with Russia. Obviously, by investigating this incident in a unilateral, non-transparent way, the British Government is again seeking to launch a groundless anti-Russian campaign.

Needless to say, our response measures will not be long in coming

Separately, when the Russian embassy was asked about the unexpected death of Nikolay Glushkov who as we reproted yesterday was an associated of billionaire anit-Putin oligarch Boris Berezovsky, it said: “Regretfully, the Embassy has received no information whatsoever regarding the circumstances of the death of Mr Glushkov. The investigation is not transparent, the British side appears not inclined to cooperate. This can only cause regret. Today the Embassy made an official request to provide all the information in possession of the British side regarding this Russian citizen whose death, as you said, appears mysterious.”

“Overall, we are surprised with UK authorities’ reluctance and unwillingness to provide us with full details of both the poisoning of Russians Sergei and Yulia Skripal and the death of Nikolay Glushkov.”

We expect it is only a matter of time before Putin is personally blamed for Glushkov’s death next.