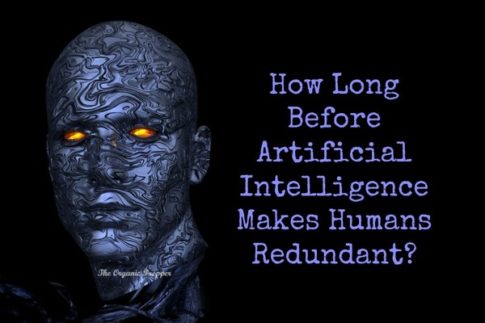 With all of the recent advances in artificial intelligence, are you starting to get worried? You really have to wonder how long it will be before human beings become redundant.

Maybe you should be concerned. In many cases, robots can easily replace humans in the manufacturing industry, the medical system, and even food service. Some theories suggest that offering universal basic income is the first step toward ushering in a world in which robots have all the jobs and humans live off the goodness of the government…for as long as that lasts. (Check out this documentary for more information.)

But losing job opportunities isn’t the only reason for concern. Not only is today’s AI extremely advanced, but it also has the capability to learn. Recently, many people were alarmed when an AI called Alpha Zero learned how to play chess in 4 hours, then beat world champion human chess players using moves never seen before.

It’s almost like the people developing these robots have never seen any of the Terminator movies, in which artificial intelligence overtakes its creators and declares war on the human race. Should we stop worrying about nuclear war with North Korea and worry about the robot apocalypse instead?

It goes even further. Some experts believe that sex between humans and robots could complete replace sex between two humans by 2050. Maybe that is how the human race ends – no one wants to procreate with another human being anymore, so babies just stop being born. And honestly, in this recent age of sexual harassment McCarthyism, you can kind of see why some folks would feel like robot sex is safer than flirting with someone. (Chill out. I’m not suggesting you go purchase a sex robot.)

The video below gives us a glimpse of some of the rapid advancement of artificial intelligence that has occurred just over the past year.

Could this become one of the biggest threats we face in our generation?