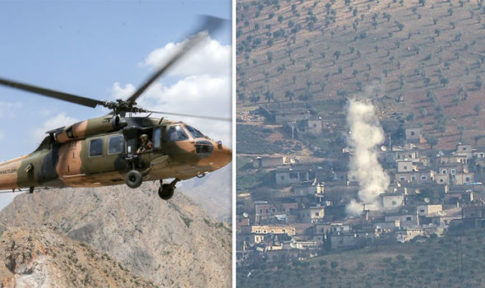 TURKEY has been accused of breaking international law by using napalm on civilian populations in Syria as the fighting continues to rage in the region between Turkish forces and the US-backed Kurdish militia Peoples’ Protection Units (YPG).

Writing on Twitter, she said: “The Turkish army uses the forbidden weapon napalm in Afrin against civilians.”

International law does not specifically prohibit the use of napalm against military targets, but its use against civilian populations is banned, according to the United Convention on Certain Conventional Weapons.