And the 64-year-old Stephen Paddock was physically able to do (continuously firing those weapons) what not even a Navy Seal could ever have done.

But maybe he had Terminator superpowers.

– Las Vegas Update: Irregularities Cause Story Behind Massacre To Stink To High Heaven:

Months ago, I called for scrutiny amid a constantly-revolving news cycle concerning the Las Vegas massacre that occurred last October. 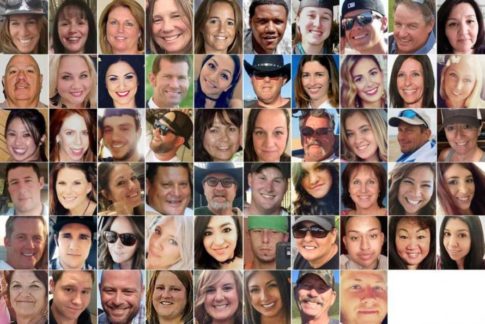 The victims of the Las Vegas massacre.

64-year-old Stephen Paddock opened fire on a country music festival from the 32nd floor of the Mandalay Bay hotel, which overlooked the festival venue. Paddock’s onslaught left 58 dead and 546 injured. 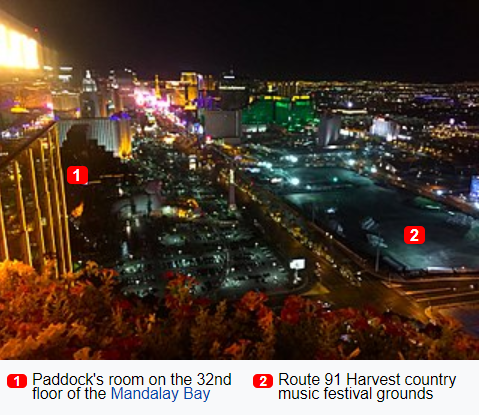 Sadly, despite being the worst mass-shooting in U.S. history, the story has long since been abandoned by any traditional media outlets. A slow and ebbing trickle of developments have transpired despite the story dropping off of the radar…

For instance, in late December, the chief of the FBI’s Las Vegas office, Aaron Rouse, revealed the agency likely wouldn’t brief the public concerning the massacre until their official report was released sometime around the one-year anniversary of the tragedy.

Paddock’s motivation has not been linked to any sort of affiliation or ideology, and evidence still suggests the gunman had no co-conspirators… FBI investigators have about 22,000 hours of surveillance and cellphone footage to comb through, along with about 250,000 separate photos… Local and federal authorities have to sift through about 40 terabytes of data.

At the turn of the new year, it was revealed that Mandalay Bay staff – where Paddock had been staying – had at least 10 interactions with him during his stay.

Paddock’s huge arsenal of guns and thousands of rounds of ammunition somehow wasn’t noticed throughout 10 interactions with hotel staff – an immediate answer is needed as to how.

Court documents unsealed a week ago reveal that Marilou Danley, Paddock’s girlfriend, told authorities that they would likely find her fingerprints on some of the bullets used during the massacre because she helped Paddock load ammunition into magazines.

Although claiming she had no prior knowledge of Paddock’s plans, Danley deleted her Facebook account at 2:46 a.m. on the night of the massacre, just hours after Paddock began firing at 10:08 p.m.

FBI agents also knew Paddock left behind caches of guns, ammunition, and explosives when they sought warrants before searching his properties. Oddities in Paddock’s online behavior were also noticed. As reported by Fox News:

The documents said Paddock had received an email from a Gmail account in July encouraging him to try an AR-style rifle before buying one. “We have huge selection” in the Las Vegas area, the email allegedly noted.

Paddock wrote back that he wanted to try several scopes and different types of ammunition. An email in response suggested trying a bump stock on the rifle with a 100-round magazine.

Paddock’s email address and the Gmail address had similar names, leading investigators to suspect that he may have been emailing himself, although they couldn’t figure out why.

Furthermore, after months of claims and explanations by authorities that Paddock was a “lone gunman”, Fox5 of Las Vegas revealed that Metro Police confirmed they’re unable to release further details on the case because “there are still suspects being investigated”.

Even after months of being ignored by the mainstream media, the story still doesn’t add up. 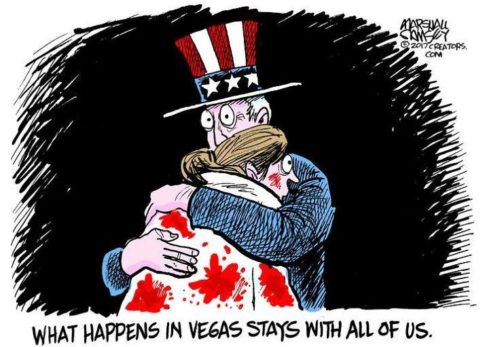 The Las Vegas shooting investigation – with only four months of radio silence from authorities to show after the horrific incident and no clear answers – is still as murky as ever with no clear sign of when the veil will drop… if ever.