… as predicted for the Grand Solar Minimum 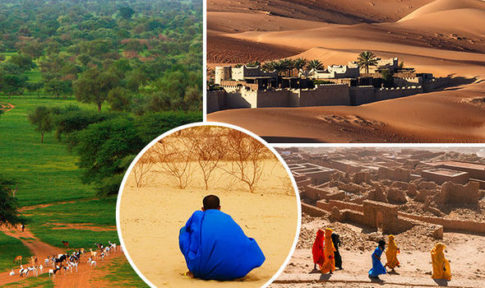 ONE of Africa’s driest regions could become very wet and green by a change in the monsoon circulation.

Scientists have discovered evidence in computer simulations for a change to heavy seasonal rainfall turning Africa’s arid Sahel region, which spans from the Sahara to the Sudanian Savanna.

Very dry regions, such as Mali, Niger and Chad, which have been struck by droughts, could receive as much rainfall as tropical climates.

Lead-author of the study Jacob Schewe from Potsdam Institute for Climate Impact Research (PIK) said: “More rain in a dry region can be good news.