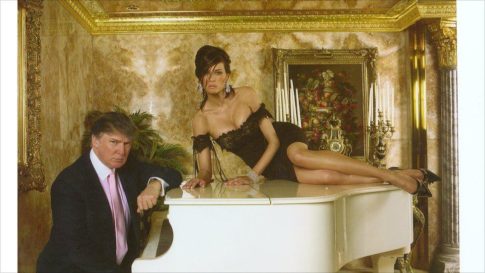 Trump made the announcement during a dinner at Mar-a-Lago…

– “You All Just Got A Lot Richer” – Trump Confirms The Biggest Problem With The GOP Tax Cut:

As we’ve pointed out time and time again, the biggest problem with the Trump tax cuts is that they overwhelmingly benefit the rich. In fact, shortly after the initial nine-page outline of the program was unveiled by Gary Cohn and Steven Mnuchin, the nonpartisan Tax Policy Center released an analysis that showed the wealthiest 1% of Americans would accumulate more than 80% of the benefit from the tax bill.

One need only glance at this chart from JP Morgan to see how shabbily middle- and working-class voters are treated by the tax bill. 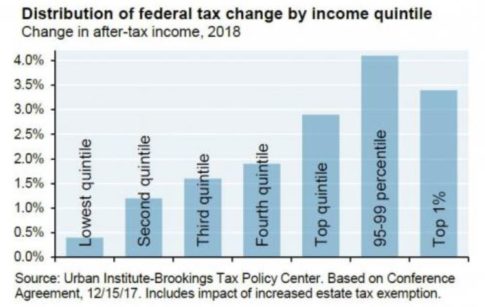 This is a big problem – particularly if the administration hopes to come anywhere near the 2.9% rate of GDP growth sustained over the next 10 years, a feat that would amount to the longest period without a recession in US history. That’s because when the wealthy receive tax breaks, they tend to save the money instead of putting it to productive use – at least at first – as we discussed last week.

Meanwhile, the massive expansion of the deficit that will result from the drop in government revenues that is guaranteed to occur once the law takes effect will quickly send the national debt to 100% of GDP. This is also problematic, because interest rates are beginning to rise, making borrowing more expensive. And President Trump has yet to unveil his $1 trillion infrastructure plan which, though it’s expected that it will rely mostly on private-public partnerships, will still likely tack even more on the debt.

Well, President Donald Trump effectively confirmed our analysis this weekend when, upon returning to  Mar-a-Lago, he haughtily told its members “you all just got a lot richer,” according to the New York Post.

Trump made the announcement during a dinner at Mar-a-Lago – the “Winter White House” – on Friday evening, boasting to his fellow one-percenters that the “biggest in history” tax cut he signed earlier in the day would make them even wealthier, CBS reported, citing people sitting near the president’s table who heard the remarks.

The commander-in-chief touted the benefits of the tax cuts – his first major legislative accomplishment since winning the White House last year – as a jobs generator and a Christmas gift for the middle-class.

“They’re going to start seeing the results in February. This bill means more take-home pay. It will be an incredible Christmas gift for hard-working Americans. I said I wanted to have it done before Christmas. We got it done,” Trump told a meeting of his Cabinet members last week.

The New York Times estimated that Trump himself would reap an $11 million windfall from the bill, going by the parts of his tax return that have been publicly reported. 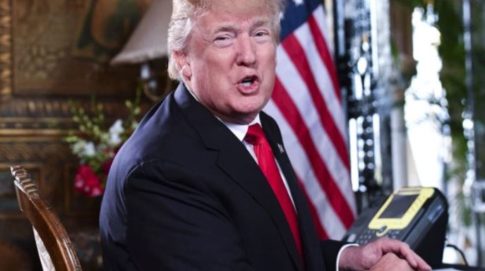 It’s also worth noting that, while the corporate tax cuts are permanent, those for individuals will expire in 10 years – something Republicans said they expect to be remedied by a future Congress. However, the White House continued to push its message that Trump will not personally profit from the plan.

“In some ways, particularly on the personal side, the president will likely take a big hit,” White House Press Secretary Sarah Huckabee Sanders said last week.

Of course, Sanders neglected to elaborate on exactly why and how these losses would accrue.