The United Nations and the Afghan government have released a new joint survey showing that opium production in the restive country has almost doubled so far in 2017 compared to last year.

The Afghan Ministry of Counter Narcotics and the UN Office on Drugs and Crime (UNODC) reported an increase of 63 percent in the area under opium poppy cultivation.

“It is high time for the international community and Afghanistan to reprioritize drug control, and to acknowledge that every nation has a shared responsibility for this global problem,” the UNODC’s Executive Director Yury Fedotov said in a statement.

The increase in production is mainly caused by the rise in the area under poppy cultivation.

The survey also showed that the number of Afghan provinces cultivating poppy rose from 21 to 24, with Ghazni, Samangan and Nuristan provinces also becoming poppy growing regions. There are reportedly only 10 poppy-free provinces in the country.

Afghanistan is the world’s top cultivator of poppy, from which opium and heroin are produced. The Taliban militants are heavily involved in the poppy cultivation and opium distribution especially in areas under their control. 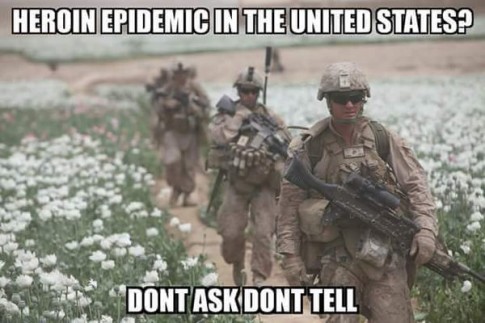