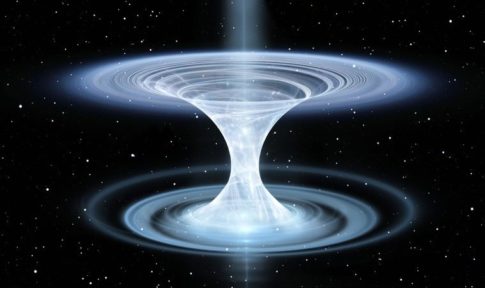 Wormholes are fascinating (but theoretical) cosmological objects that can connect two distant regions of the universe. They would allow one to create “shortcuts” through space in order to travel vast distances in a shorter period of time. They are predicted by the general Theory of Relativity, and are what Einstein referred to as “bridges” through space-time. Wormholes are mathematically predicted, if not proven, and a new study illustrates how scientists have taken these theoretical anomalies – which many physicists believe to be real – and created one for themselves.

Researchers in Spain, from the physics department at the Autonomous University of Barcelona in 2015, actually created a magnetic wormhole in a lab that tunnels a magnetic field through space.