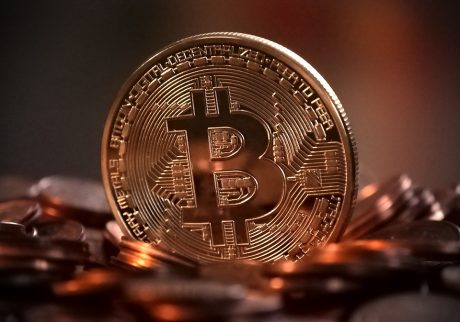 Less than a month ago, Bitcoin was selling for less than $5000, but now it has smashed through the $7000 mark with seemingly no end in sight.  At this point Bitcoin has a total market cap of more than 100 billion dollars, and some analysts are suggesting that it could eventually go as high as a trillion dollars.  Cryptocurrencies overall are up an astounding 640 percent so far in 2017, and personally I regret not investing when Bitcoin was still in the very early stages.  I always thought that governments would eventually crack down and regulate cryptocurrencies out of existence, and that still may happen someday, but it hasn’t happened yet.

One of the great things about Bitcoin is that it represents a medium of exchange that is not controlled by the central bankers.  So when you use Bitcoin you are choosing to become less dependent on a system that is designed to financially dominate the entire planet.  Any way that we can become more independent is a good thing, and so I greatly applaud the use of cryptocurrencies.

But there are those that are warning that a major bubble is forming and that extreme downward price action will be coming at some point.  Needless to say, the upward momentum that we are witnessing at the moment is certainly not sustainable indefinitely.  The following comes from Breitbart…

The price of Bitcoin smashed another record early Thursday morning — $7,000 for each unit of the digital currency.

Anything that goes up that fast is eventually going to come down, and those that invest at $7,000 could end up seeing the price fall back several thousand dollars.  Or, the euphoria surrounding Bitcoin cold propel it through the $10,000 mark and make all of the skeptics look like idiots.

We just don’t know, and that is part of the charm of Bitcoin.

And according to Bloomberg, soon investors will be able to trade Bitcoin futures…

The digital currency got new impetus this week after CME Group Inc., the world’s largest exchange owner, said it plans to introduce bitcoin futures by the end of the year, citing pent-up demand from clients. Skeptics including Themis Trading say the rally is evidence that the software-created asset is a bubble that should not be given regulatory cover.

Of course Bitcoin is not the only major cryptocurrency that is out there.  In fact, there are rumblings that Amazon is about to start promoting Bitcoin’s chief competitor…

Ethereum, the top digital currency behind Bitcoin, has plunged in price as Bitcoin enjoys its massive surge, falling from a 24-hour high of $301.41 to $277.82 Thursday morning.

However, this Tuesday, Amazon bought the domain names amazonethereum.com, amazoncryptocurrency.com, and amazoncryptocurrencies.com, fueling speculation that it may get into the action on decentralized digital currencies. Ethereum is not just a currency like Bitcoin but an app development platform — the Windows or OSX of blockchain. The domain purchase could be a sign that Amazon may join the Enterprise Ethereum Alliance — a group of large companies, including JP Morgan and Microsoft, putting their weight behind blockchain tech.

If Ethereum ultimately becomes the dominant cryptocurrency in the marketplace, what would that do to Bitcoin?

Or could it be possible that there is room enough for both of them?

The truth is that we don’t know what the future will hold.  Cryptocurrencies have never existed before, and there are so many variables at play.  The biggest variable is how national governments will respond to these alternate currencies, and I still believe that they will eventually make a move to heavily regulate them.

And unlike gold and silver, these cryptocurrencies do not have any intrinsic value.  The only reason that they have any value at all is because people believe they have value.  But for the moment the number of believers continues to rise, and this may be a factor in why the price of gold is relatively low right now.  This is something that Ron Paul commented on recently…

“Does it represent real money to you?” Cambone further asked the former presidential candidate.

“Not to me, no, it doesn’t,” Paul answered. “But if it serves the voluntary exchanges of people, and serves the purpose of exchanging wealth, … it could act as if it were money ….” he stated.

“Some say Bitcoin is stealing the thunder away from gold,” Cambone continued, “and that’s one of the reasons the yellow metal is not rallying further. Do you agree with this?”

“I think that’s a very strong possibility,” he considered. “I am amazed,” he laughed, “at all the capitalization on these cryptocurrencies. It’s a huge amount of money,” Paul emphasized.

Once again, I greatly applaud the use of cryptocurrencies as a way to become more independent from the system.  I love the fact that mediums of exchange are being developed outside of the control of the central banks, and we should greatly resist any efforts by national governments to take control of these emerging new currencies.

However, as an investment these cryptocurrencies are exceedingly risky.

There are some that have already become quite wealthy by investing in Bitcoin at the very beginning, but there are others that will invest at the peak of the market and will get very badly burned.