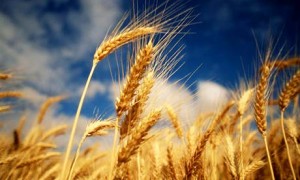 – From arms to farming: Russia becomes a grain superpower:

Exports of Russian wheat have grown by nearly a quarter in the first ten months of 2017, according to the country’s agriculture ministry. Russia now earns more from agriculture exports than weapons sales.

Last year, Russia exported 27.1 million tons of wheat, behind the world leader the US. In 2016, Russian farmers had their biggest harvest in nearly 40 years.

Russia is due to reap an all-time high grain harvest this year https://t.co/hHoZzDKTdfpic.twitter.com/sZvUwq5E5J

Korbut also said the quality of Russian wheat had significantly increased due to better weather.

Russia is planning to harvest about 130 million tons of grain during the current growing season with nearly 45 million tons to be sold abroad, according to the ministry. Exports of barley have almost doubled year-on-year to 2.52 million tons while the corn sales grew 19.5 percent to 1.23 million tons.

The minister highlighted the importance of extending the share of the agro-industrial sector in Russia’s economy. The industry currently makes up just four percent of the country’s GDP.

“With America’s & Canada’s 2017 wheat output severely reduced by rain, snow & frost, apparently the sanctions against Russia, could have a serious backfire against the North American Continent’s population.
But does that mesh with Prince William’s culling beliefs?”