Having fled to Brussels to escape rebellion charges and perhaps a lengthy prison sentence, Catalan (ex?) leader Carles Puigdemont, who quietly fled Catalonia over the past few days, held a press conference at the Brussels Press Club. Puigdemont said that the Catalan government sees the upcoming regional elections, called after the imposition of Article 155, as a “democratic challenge” and will accept the results. 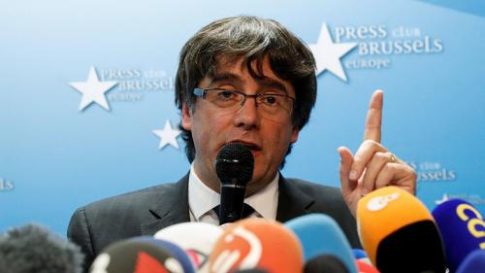 In a multi-lingual, rambling speech, Puigdemont – who appears to have almost capitulated in his crusade against Madrid – said he would respect the results of the snap election called by Madrid in response to the declaration of independence by the province’s parliament. He then called on the Spanish PM Mariano Rajoy to say if he would do the same. Puigdemont also reiterated his support for democracy and peaceful resistance to Madrid’s pressure on Catalonia, and said he arrived in the Belgian capital to put the issue of Catalan independence “in the heart” of the European Union.

Confirming that beggars can at least pretend to be choosers, Puigdemont said that “I want a clear commitment from the State, will you respect the results or not?”

Puigdemont said he and his government, which has been sacked by the central government in Madrid, were denouncing “the polarization of the Spanish justice system” in dealing with the political crisis and wanted to “show the world the serious democratic deficit that exists in the Spanish state.”He said the province’s deposed leadership would submit to Madrid’s order to hold an emergency parliamentary election on December 21, and respect its result. “I would like to ask the Spanish government a question: Will it do the same?”

Asked on several occasions if he would return to Spain to face criminal charges where he could be behind bars for up to 30 years, Puigdemont said he would return once he had “legal guarantees”, and that was the reason for the group’s decision to travel to Brussels.

When asked whether he will be seeking political asylum in Belgium, Puigdemont said he did not go to Brussels for that reason. Puigdemont is facing criminal charges for disobeying the Spanish government in pursuit of Catalan independence, including for appropriation of budget funds to hold a referendum on the issue. Puigdemont said he and his government left Barcelona to avoid possible violence, should the Spanish government try to arrest them. He added that he would return to Catalonia, if given “guarantees” of safety.

On its Twitter site, The Spain Report, translated some of Puigdemont’s sound bites from the press conference: 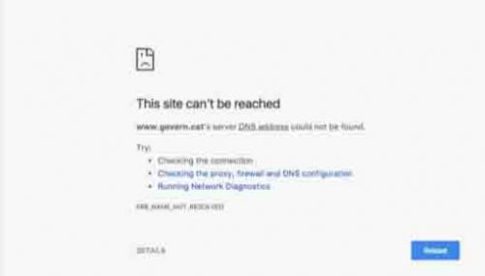