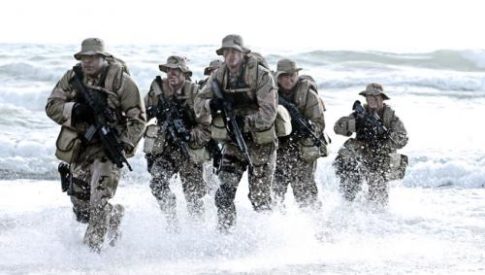 Staff Sgt. Logan J Melgar, a 34-year-old veteran of two deployments to Afghanistan, was found dead on June 4 in the embassy housing he shared in the Malian capital, Bamako, with several other Special Operations forces assigned to the West African nation to help with training and counterterrorism missions.

The soldier’s superiors in Stuttgart, Germany, almost immediately suspected foul play, and dispatched an investigating officer to the scene within 24 hour, military officials said. Agents from the Army’s Criminal Investigation Command spent months on the case before handing it off last month to the Naval Criminal Investigative Service.

No one has been charged in Sergeant Melgar’s death, which the military medical examiner ruled to be a homicide – strangulation, according to the autopsy results. The two Navy SEALs, who have not been identified, were flown out of Mali soon after the episode and were placed on administrative leave.

The two SEALs, who were not named, were reportedly housemates of Melgar. Neither the Army nor the military’s Africa Command issued a statement about Sergeant Melgar’s death, even after investigators changed their characterization of the SEALs suspected involvement from “witness” to “persons of interest,” meaning they were trying to determine what the commandos knew about the crime and if they were involved.

The uncertainty has left soldiers in the tight-knit Green Beret community in a state of suspicion as investigators explored whether the killing might’ve been a household dispute gone horribly awry – or whether Melgar stumbled on to some illicit activity and was killed to prevent him from informing on his peers.

While the Times’ report certainly leaves more questions and answers, one thing is clear: The investigation isn’t connected to the deaths of Johnson and three other green berets earlier this month in Niger.