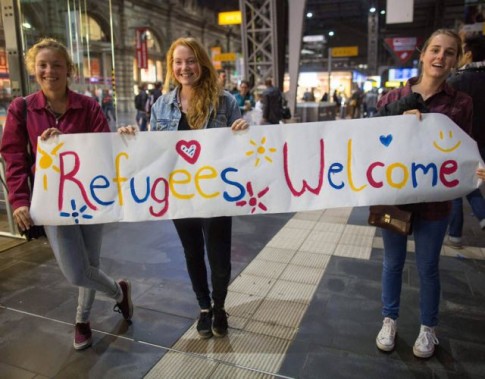 – Tunisian Asylum Seeker on Trial for Killing and Dismembering Couple:

A 37-year-old Tunisian asylum seeker in the German city of Leipzig is facing trial for the alleged murder of a couple who he is said to have brutally killed then dismembered before disposing of their bodies in a nearby lake.

The murder is said to have happened last summer and saw the 37-year-old come into the couple’s home where he murdered both of them using a hammer and a knife. After killing them, he allegedly dismembered the bodies, dumped them in a nearby lake, and looted the home of all the valuables inside. Prosecutors are demanding he receives a life sentence for the double-murder, Saechische Zeitung reports.

According to the accused’s lawyer, the alleged attacker knew one of his victims as he worked with him on a construction site. The defence claimed the altercation came about due to a pay dispute relating to work the man had previously done.

The 37-year-old admitted to his lawyer that he had killed the couple and disposed of their bodies but said he found the weapons at the house rather than bringing them himself. Suspect and victims were all rejected asylum seekers.

The prosecutor has alleged that the true motive was nothing to do with wages, but rather the man was looking to rob the house of the couple. “He wanted to enrich himself,” prosecutor Claudia Laube said.

“He wanted to enrich himself,” prosecutor Claudia Laube said. Ms. Laube added that the crime was “exceptionally brutal” and said the attacker had looted as much as he could carry from the house.

The court is expected to make a ruling next Thursday which will determine whether or not the man is guilty of first-degree murder or manslaughter.

There have been many murders committed by asylum seekers over the course of the migrant crisis, including a similar case in which an Afghan man murdered a teacher in Celle after breaking into his house. The victim volunteered at a local asylum shelter, where he met his murderer, to offer his time to do voluntary translating for asylum seekers.

The most well-known case of a Tunisian migrant committing murder occurred last December when failed asylum seeker Anis Amri drove a lorry through a packed Christmas Market in Berlin, killing a dozen people in what was later deemed a radical Islamic terrorist attack.