But it’s OK to host ISIS and Al-Qaeda websites? 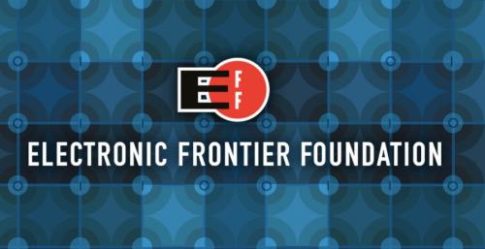 As social media and internet companies scramble to ban or otherwise cut ties with extremist and far right-wing websites like the neo-nazi Daily Stormer, which were unceremoniously dropped by the likes of GoDaddy, Google and security firm Cloudflare earlier this week after helping to organize last weekend’s deadly “Unite the Right” rally in Charlottesville, a prominent nonprofit has come forward to defend them.

The Electronic Frontier Foundation, or EFF, best known for its activism surrounding net neutrality has a simple message: even though you don’t agree with their message, banning people from the internet is a slippery slope. Which is why it called on domain-name companies like Google and GoDaddy to “draw a hard line” and not remove or suspend websites based solely on their content.

Quoted by Reuters: Cindy Cohn, EFF CEO wrote in a blog post that “We strongly believe that what GoDaddy, Google, and Cloudflare did here was dangerous.”

In a blog post, the EEF argued that the power to decide what is and isn’t appropriate for the internet is too important to entrust to any company or government.

The blog post reflected years-long tension in Silicon Valley, where many company executives want to distance themselves from extremists but are concerned that picking and choosing what is acceptable on their platforms could invite more regulation from governments.

“Protecting free speech is not something we do because we agree with all of the speech that gets protected,” Electronic Frontier Foundation wrote. ‘We do it because the power to decide who gets to speak and who doesn’t is just too dangerous to hand to any company or any government.’”

The EEF echoed some of the criticisms expressed by Cloudflare CEO Matthew Prince, who said in a message to employees that he banned the Daily Stormer from his service because he “woke up in a bad mood” before adding that no one should have the power to ban someone from the internet.

Perhaps somewhat surprisingly, in his comments to Reuters, Prince said he “wholeheartedly agreed” with the EFF’s post and said he hoped it would spark a “thoughtful debate about internet regulation.” The Daily Stormer helped organize the protest in Charlottesville where 32-year-old Heather Heyer was killed. The site then cheered her death.