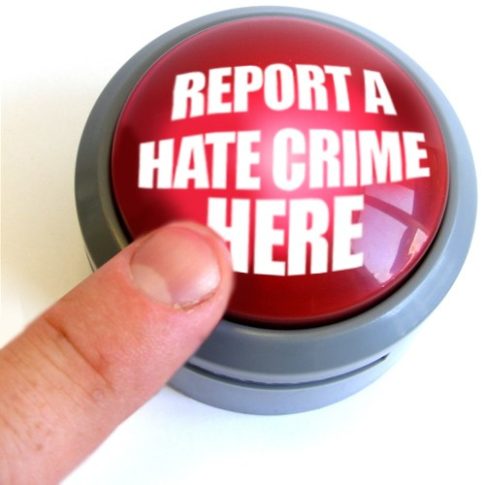 In March 2016, the British government pledged 13.4 million pounds to the Community Security Trust (CST), a Jewish body that is committed to fighting hatred against one group only.

One would expect that with all that money, the CST would do its job and curb anti-Semitism. But the miracle is that the opposite has occurred. Just two weeks later, according to the CST’s statistics, anti-Semitism went through the roof. The Daily Mail reports today that 767 anti Semitic hate crimes were logged by the CST in the first six months of 2017, a 30 per cent rise over 2016. It is the highest figure since statistics were first kept 33 years ago. The CST reports an “unprecedented run of over 100 incidents each month back to April 2016.”

A mere few days after the British government vowed to wire millions of pounds to the CST,  the number of ‘anti Semitic incidents’ rose  by 30%  to over 100 incidents a month. The results, at least according to the CST’s statistics, are that the more public money is allocated to fight anti-Semitism, the more anti Semitic the Brits become.

If this is the case, the cure for British anti-Semitism may be within reach – to fight anti-Semitism, deprive the CST and similar organisations of taxpayers’ money!

Anti-Semitism is not really a social phenomenon, it is instead a multi million pound industry. The more we spend on the fight against it, the more incidents are ‘recorded’ to justify  further spending.

If the British government genuinely wants to fight anti-Semitism it would do better to reinstate British liberal values of universalism and tolerance that go beyond the interests of one group. If British Jews feel unsafe, they should insure that they are stripped of their exceptional status. They should insist that they are Brits like all other Britons: protected by the same laws as their neighbours.

In December 2016, the British Government decided to step up the battle against anti-Semitism by adopting the International Holocaust Remembrance Alliance’s (IHRA) working definition of anti-Semitism.  The IHRA’s definition was designed to suppress any criticism of Jewish politics, Zionism or Israel. Its intent was to make impossible the utterance of any criticism of anything in any way Jewish related. Yet, according to the new CST statistics, even this drastic measure didn’t reduce anti Semitism at all. If anything, anti Semitism increased sharply since the British Government adopted the new definition.

I would advise both Jews and the British authorities that it is the exceptional treatment of one group that contributes to the growing animosity towards Jewish politics and Jewish lobbying.

But there is another problem that must be addressed. Though it is not clear whether anti-Semitism is actually on the rise, it is certain that a growing number of Brits have been subjected to an orchestrated slanderous campaign run by Zionist institutions that are funded by British taxpayer money such as CST and CAA.  These organisations attack Jeremy Corbyn, the Labour party, venues, intellectuals, artists, musicians, authors and anyone else they decide has dared to point at Israeli brutality and extensive Jewish political lobbying in Britain.

If Britain still cares for values of tolerance and intellectual exchange, it better spend some taxpayer money defending its citizens, gentiles as well as Jews, from these foreign bodies. And if Britain truly cares for its Jews, it should protect them from the unfortunate consequences of the CST, CAA and other Israeli lobbies operating in our midst.