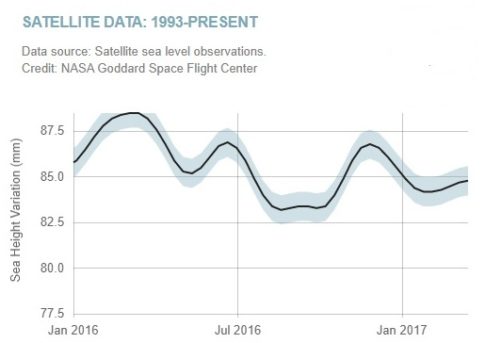 That’s right, according NASA, sea levels are going DOWN! This is big news. How come the media hasn’t mentioned it?

NASA satellite sea level observations for the past 24 years show that – on average – sea levels have been rising 3.4 millimeters per year. That’s 0.134 inches, about the thickness of a dime and a nickel stacked together, per year. 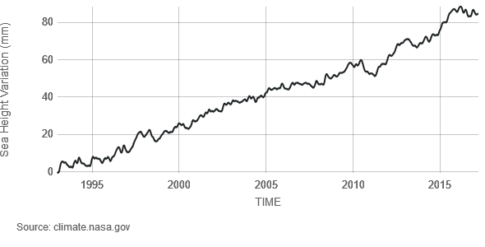 Sea levels fell in 2016, and with all of this winter’s record-breaking snowfall, I wouldn’t be surprised if they decline again this year.

I clicked and zoomed on the above chart as NASA suggested, and obtained a closeup screen shot of sea levels from Jan 2016 to March 2017. This clearly shows the decline.