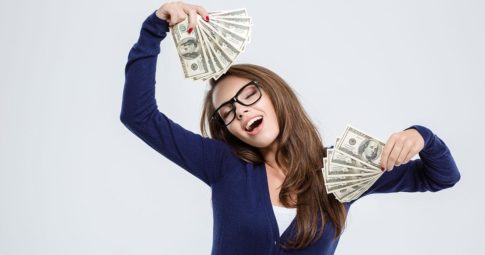 Grinnell College awards a $100,000 prize each year to an “Innovator for Social Justice,” according to a nomination form that went live on Sunday.

The “Grinnell College Innovator for Social Justice Prize” is the largest award given by a U.S college to promote social justice. Half of the money is awarded directly to the winner, while the other half goes to the organization that the winner represents.

“Nominees should be a force for social justice.”

“With the creation of the Grinnell Prize, the College is extending its educational mission beyond the campus and alumni community to individuals anywhere who believe innovative social justice programs create a better world,” the school boasts on its website, noting that students and staff members are offered the chance to work with prize-winners and their organizations through “student internships and staff fellowships.”

Funded with “discretionary funds from the College’s endowment,” the school has awarded at least $1.5 million dollars since the prize was launched in 2011. Three prizes were awarded in each of the first two years, after which the number was reduced to two until 2017, when only one recipient was selected.

The nomination form encourages people to nominate individuals, including current students and alumni, who are “a force for social justice,” noting that nominees “should have identified a concrete social justice need, designed creative and socially just solutions to address that need, and made a substantive impact through their hard work and dedication.”

The school asserts that there is not “one specific definition of social justice,” saying the concept should be “interpreted broadly” and that it’s up to the person who makes the nomination “to make the case as to how his or her nominee effects positive social change.”

Grinnell College President Raynard S. Kington defended the creation of the expensive award in a statement to the college community in 2011, acknowledging that “some people have asked me why the College is undertaking an expensive new initiative now, in such challenging financial times,” but vowing that the expenditure would not adversely impact the school’s budget or financial aid commitments.

“We decided we’d rather offer a prize that advances useful work and contributes more to the mission of the College than do other equally expensive things to build our prestige,” Kington explained, calling the prize “a creative way to achieve many of the College’s goals even in a time of tight money.”

Spokespersons for Grinnell did not respond to multiple requests for comment from Campus Reform.