And I am still NOT on Patreon or Steemit.

Those that want to support the website can do it right here and right now.

Sadly, there are not too many readers supporting I.U. 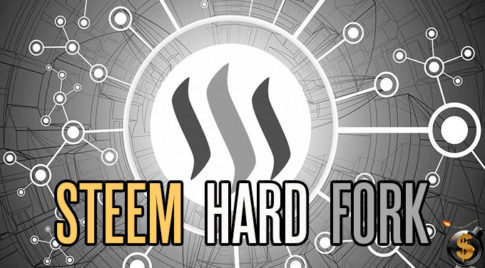 It has been a year since I first heard the word “Steemit”.

Being involved in the world of cryptocurrencies I hear a lot of things on a daily basis. So much so that I really only have the time and energy to look into a small portion of the interesting things I hear about every day.

And, so it was with Steem. It was last June that a few people began to mention it to me. “You need to take a look at this,” was the general comment.

I kept hearing about it in the background noise so much that one day, last July, I decided to go to Steemit.com and make my first post, “The Dollar Vigilante Is Now On Steemit.”

I hit “publish” and went on about my day expecting to never hear about Steemit again. But, soon after, out of curiosity, I went back to the site just to see if anything happened.

Nope, it was totally true!

Given the economic incentive I then plunged myself into learning as much about Steemit and the cryptocurrency Steem as I could.

It wasn’t easy, even for a crypto savvy person like myself. Steem, designed by Dan Larimer, was incredibly intricate, technical and, well, genius!

After a few days I began to really get my head around it and began saying that Steem could change the world of social media and everyone should get on it.

What followed were hundreds of slings and arrows from people saying Steem was a scam… a ponzi scheme… or just an outright fraud.

I’m used to the arrows though. That is the definition of a pioneer, after all, “a man lying in a pool of his own blood with his back full of arrows.”

I’ve never shied away from being the first to proclaim a paradigm shift though. I did it in 1993 when I quit my job at a bank to start an internet company that went on to be worth $240 million.

At the time hardly anyone knew what the internet was. And of those who did they said it was just a fad.

Even the great Nobel winning economist (COUGH), Paul Krugman, thought the internet would amount to nothing bigger than the fax machine. 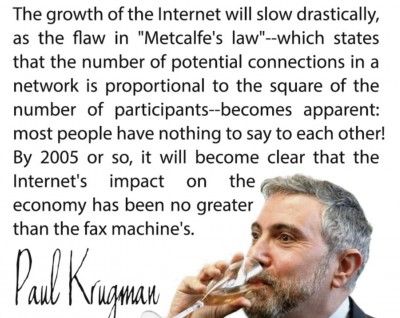 In 2011, with bitcoin at $3, I proclaimed bitcoin to be one of the most important inventions of our lifetime and an evolution in money and banking.

Even with bitcoin near $3,000 I still hear how I am wrong and that bitcoin is a fraud or ponzi scheme.

And now, with Steemit, it has been nearly a year since I said people really should get on it.

I’m not the only one either. There are literally thousands of other people doing the same.

My friend, Randy Hilarski, who I interviewed on Anarchast here, and who also manages social media for The Dollar Vigilante, got on Steemit after I recommended it and has been posting daily.

Him and his wife just bought a new car from their Steem earnings and he still regularly makes around $500 every day from posting on the site. 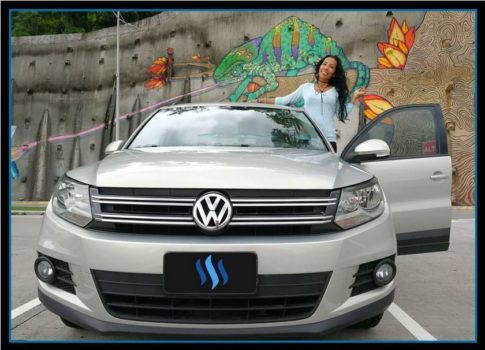 Other people I know have had their lives changed dramatically. Lily Da Vine defected from the USSA as she was wanted on charges for cultivating cannabis to help cancer patients and was threatened with being in a cage in the US for 25 years.

She escaped to much freer Mexico over a year ago with only $50 in her pocket. That was enough to get by in Acapulco, Mexico.

And when she heard about Steem she began posting daily. Yesterday was a fairly normal day for Lily and she made about $2,000. 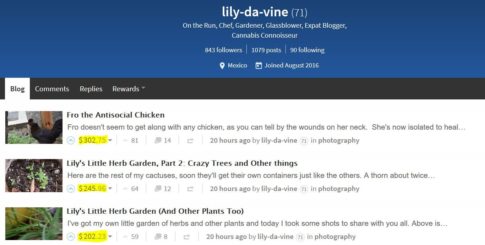 She’s gone from an American refugee to richer than most people in just the last year from Steemit.

And these are just a few of thousands of stories like it.

And, now, Steemit has gotten even more lucrative.

Steemit just enacted “Hard Fork 19” which gives smaller contributors a much better chance to make money. As much as four times more.

And this has created a rush of new activity on Steemit. More people are signing up on the site every day than existed in total just six months ago. In fact, they are so overloaded with people wanting to get on the site there is apparently now a waiting list to register as a new user.

Can Steemit survive in the long run? That’s anyone’s guess. Trying to go from nothing to a Facebook killer in just 1-2 years is a pretty hard thing to do… but Steemit is giving it a great go!

But with FascistBook now censoring out most truthful information it only makes sense for everyone to move over from FBIBook to Steemit.

And, you make money just by posting, upvoting or even commenting on articles.

For all those out there who don’t have much money and have lots of time you should be on Steemit regularly figuring out ways to make money by contributing to the site.

It’s the easiest and cheapest way to get into the cryptocurrency game as you can earn Steem which you can keep or convert into bitcoin, ethereum or any other crypto without risking any of your own money.

At the very least you need to check it out. The Dollar Vigilante posts all of our content on Steem first so it is archived in the Steem blockchain and can never be fully removed from the internet.

I told you about Steemit a year ago and most people didn’t listen… the same thing happened when I told people about bitcoin in 2011.

And many people made fortunes on both bitcoin and Steem from my recommendation.

The Steem cryptocurrency has risen more than 1,000% in just the last two months.

But it’s still not too late to get into these things. Steemit itself is still in beta. Most people still haven’t even heard of it. Get on there now and start building up your network and earning Steem and you’ll be way ahead of the pack.

And, if you still don’t fully understand cryptocurrencies, check out my free 4 video webinar HERE where I even offer to send you your first $50 in bitcoin if you accept our offer.

Cryptocurrencies are changing the world… and it is just getting started. Don’t get left behind.

Steem on my friends.