– WTF Chart Of The Day – Mapping Jihadi Arrests Across Europe: 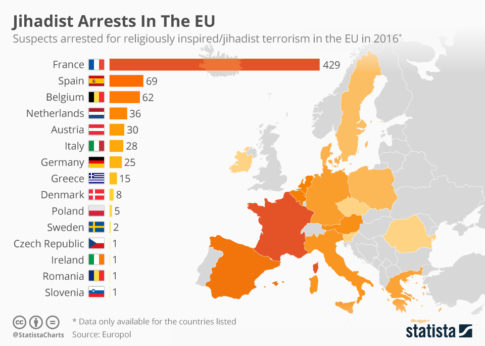 As the chart above, via Statista’s Nial McCarthy exposes, France had 429 jihadist arrests last year, far ahead of second placed Spain’s 69.

Belgium, well known as a source of ISIS foreign fighters in Syria, came third with 62 arrests.