An official annual report about crime in Germany has revealed a rapidly deteriorating security situation in the country marked by a dramatic increase in violent crime, including murder, rape and sexual assault.

The report also shows a direct link between the growing lawlessness in Germany and Chancellor Angela Merkel’s decision to allow in more than one million mostly male migrants from Africa, Asia and the Middle East. 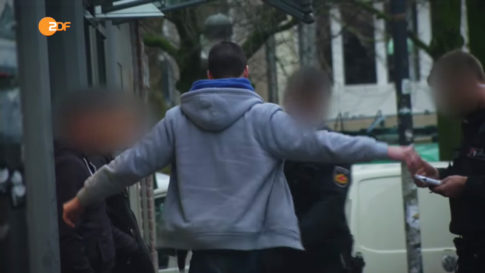 The report’s other findings include:

The new data contradicts claims made by the BKA in December 2016 — just four months before the current report — that migrant criminality was actually decreasing.

“The proportion of foreign suspects, and migrants in particular, is higher than the average for the general population. This cannot be sugarcoated. There is an overall rise in disrespect, violence and hate. Those who commit serious offenses here forfeit their right to stay here.”

Separately, officials in Bavaria revealed that the number of crimes committed by asylum seekers and refugees there increased by 58% in 2016. They accounted for 9.6% of all crimes committed in the state, up from 3.2% in 2015 and 1.8% in 2012. Syrians were the primary offenders, followed by Afghans, Iraqis and Nigerians.

“The increase in crime in Bavaria in 2016 is mainly due to foreign suspects, especially immigrants,” said Bavarian Interior Minister Joachim Herrmann.

At the same time, officials in Baden-Württemberg noted a 95.5% increase in the number of physical assaults involving at least one migrant in 2016.

Meanwhile, the Berlin Senate launched an inquiry into why migrants disproportionally appear as criminals in the city-state compared to Germans. In 2016, 40% of all crime suspects in the German capital were non-Germans.

None of this seems to be having an impact on the German elections set for September 24, 2017. Polls show that if the election for German chancellor were held today, Angela Merkel, who is largely responsible for the migration crisis, would be re-elected with 37% of the vote. Martin Schulz, the Social Democrat candidate who has pledged to increase migration to Germany even further, would win 29% of the vote and the anti-immigration Alternative for Germany would win 8%. For now, German voters appear to believe that the alternatives to Merkel are all worse.