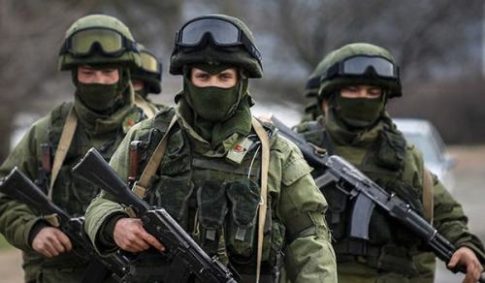 Iran news agency FARS reports that according to Syrian military sources, Moscow has informed Damascus of its preparedness to dispatch ground troops to Syria.

FARS – which like most US media should always be taken with a gran of salt – quotes the Al-Hadath news, according to whose sources Russia has announced that in case of the Syrian army’s request it is ready to send ground forces to Syria. The sources said that special Russian forces are prepared to be deployed in regions which are experiencing the most pressures by the terrorist groups.

They added that the technical aspects of the plan have been studied and prepared by Russia, saying that the plan can be implemented upon Russian President Vladimir Putin’s order after Damascus’ official request.

A Russian daily reported earlier this month that the country’s soldiers are about to shoulder the responsibility of restoring security to the Christian-populated regions during the Syrian Army’s imminent anti-terrorism operations in Northern Hama.

FARS adds that according to Russian Izvestia, the Russian units will help popular forces in Hama province to restore security to the town of Mahradeh, whose population are mainly Christians.  The daily added that terrorists are under the Syrian Army’s siege from all directions.

There have been fierce clashes between the government forces and militants near Hahradeh since April 4th. “Informed sources” believe that the army intends to complete the siege of the terrorists in Northern Hama to clean the region up to the border with Idlib province.

A deployment of Russian troops in Syria may coincide with a deployment of US ground forces to Syria. Two weeks ago, Bloomberg reported that Trump’s national security advisor, H.R. McMaster was planning on sending between 10,000 and 50,000 troops to Syria. Needless to say, a showdown between thousands of Russian and US troops in Syria is unlikely to have a happy ending.