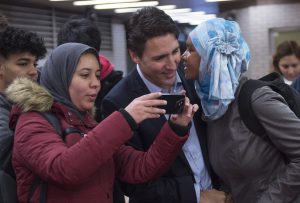 Justin Trudeau’s new ‘anti-Islamophobia’ initiative seeks to make all criticism of Islam illegal by making Canadian law more sharia-compliant with blasphemy laws which will all but curtail free speech. 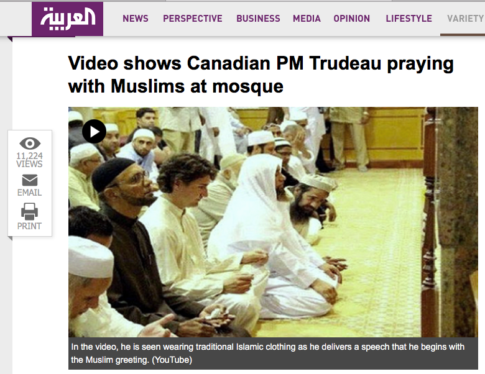 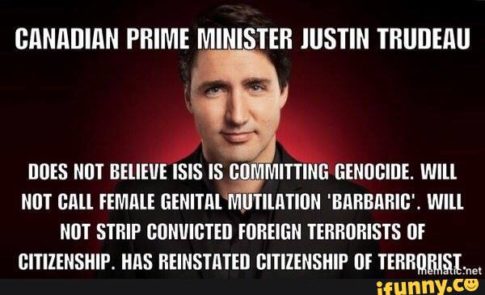 The Rebel (h/t Marisol E)  The House of Commons is being asked to recognize that terrorists are not real Muslims by condemning all forms of Islamophobia, with no exact definition of what they meant by the term.

A second motion sponsored by Liberal MP Iqra Khalid which called for the Standing Committee on Canadian Heritage to produce findings and recommendations within 240 calendar days of the motion’s acceptance. Titled “Systemic Racism and Religious Discrimination,” the Motion M 103 demands that the government not only condemn Islamophobia in word but that it also develops a whole-of-government approach to reducing or eliminating Islamophobia.