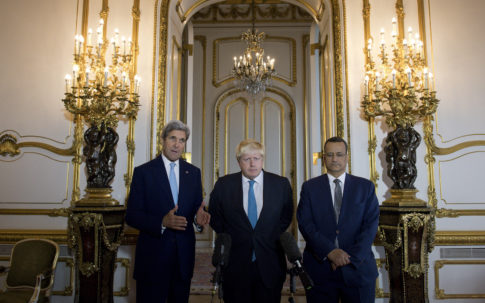 LONDON —(Analysis) As Yemen remains entrenched in the protracted, multi-fronted military conflict led by Saudi Arabia and funded by the United States, socio-political dynamics and economic realities have evolved according to the needs of competing factions — often to the detriment of civilian populations.Since the Saudi-led coalition began dropping bombs on Yemen on March 25, 2015, 3.2 million Yemenis have been displaced and more than half of the country is suffering from food insecurity and malnutrition.

The war has taken a particularly devastating toll on children. With hundreds of thousands of schools closed, 2 million school-age Yemenis are being denied an education. In its most recent briefing on Yemen, “Struggling to Survive: Stories from Yemen’s collapsing health system,” Save the Children reported that 14.8 million people, 55 percent of whom are children, are “currently deprived of access to even the most basic health care.”

Emphasizing the human costs of war and the systematic targeting of vital civilian infrastructure, the children’s rights NGO warned:

“Yemen is in the grip of the largest humanitarian catastrophe in the world right now. 18.7 million people — including 10 million children — are in need of urgent humanitarian assistance or protections — that’s more than one third of the entire population.”