Trump is a Rotschild puppet, just like Obama, Bush and Clinton.

I’ve called out Obama, McCain, Romney and Trump & Hillary to be elite puppets.

Well, this does not give you too many supporters, but it has been and still is the truth.

You thought Bush was bad, then came Obama, who has been worse than even Bush.

Now wait what TPTB have in store for us (Financial economic collapse, civil war and then WW3.)

But let’s hear what Brother Nathanael has to say, who was raised as a Jew about Kushner: 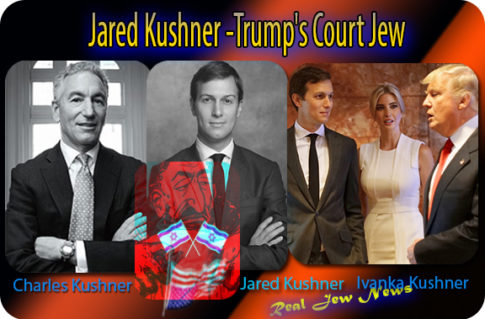 The Rothschilds are the real founders of Israel …

… and they have planned to totally destroy it during WW3.

Following earlier speculation, and concerns over conflicts of interest, NBC News’ Peter Alexander has confirmed that Jared Kushner, President-elect Donald Trump’s son-in-law, will be named senior adviser to the president.

Jared Kushner plans to step down from his role at Kushner Cos, the firm he took over from his father, as he prepares to be one of the key figures in Donald Trump’s White House.

Kushner has been the president-elect’s point man on foreign policy, even acting as the go-between for the outgoing administration to Trump on matters around the globe, the New York Times reports. Kushner and his wife, Ivanka Trump, bought a house in Washington, DC, close to the Obamas’ post-presidency home.

The Times also reported that Kushner has been taking meetings with Anbang Insurance Group — the Chinese giant that paid a record price for the Waldorf Astoria Hotel and has been on a major global buying spree — about selling some Kushner assets, including 666 Fifth Ave, the most high-profile property in the company’s expansive portfolio.

Trump’s transition team had previously requested security clearance for Kushner, and Trump has publicly identified Kushner, an Orthodox Jew, as someone who would be heavily involved in Middle East diplomacy. Despite Kushner’s personal political pivot, his company remains active, most recently as part of a partnership that paid $345M for a development site in Dumbo, Brooklyn, according to The New York Times.

For a full background on Kushner, see here.