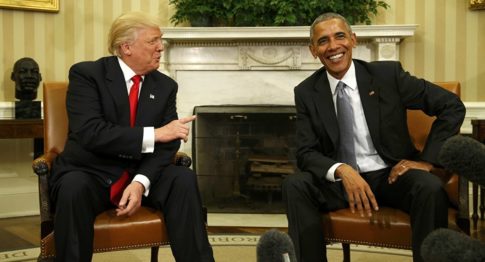 A highly-anticipated declassified US intelligence report, aimed to prove that Russia supported Donald Trump, has turned out to be a huge embarrassment. The annex that contained factual material that was thought to provide evidence of RT influencing the American public was compiled in December 2012, right after the reelection of Barack Obama.

The report focuses on television shows and interviews that took place four years before Trump was elected, and well before he was even a politician. In Annex A of the report, intelligence agencies claim that “Kremlin’s TV Seeks To Influence Politics, Fuel Discontent in US.” Buried at the bottom of that page is a note stating, “This annex was originally published on 11 December 2012 by the Open Source Center, now the Open Source Enterprise.”