While Russia continues to mostly mock and ridicule, and generally take in good humor, the constant allegations by the Obama administration that it “hacked the election”, without actually hacking the election – as in actually rigging or changing the votes – but merely exposing the corruption of the DNC and the cronyism of the Clinton Family Foundation, even if so far the highly confident US “intelligence agencies” have yet to demonstrate a shred of proof substantiating such allegations, China’s reaction to a similar accusation has demonstrated far less sense of humor.

That may explain why Beijing quickly slammed Washington’s claims it engaged in mass spying, and demanded an explanation from the US about its own global spying activities, after a US report accused China of using two Chinese hotels as spy centres, an allegation Beijing dubbed a “groundless” smear attempt.

Last Wednesday, the Washington Times accused the 4PLA, a unit attached to the Chinese Defence Ministry, of using the Jintang and Seasons hotels in the capital Beijing to conduct espionage. As evidence publication cited an open-source intelligence dossier produced by the Army’s Asian Studies Detachment, as the source of its report. The document does not explain why and how the hotels were allegedly used by the Chinese for hacking. 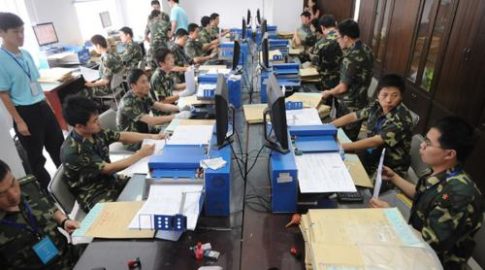 In any case China was displeased, and on Friday the Ministry of National Defense angrily denied that hotels in the Haidian District of Beijing served as a base for any cyber-espionage operations.

“The Chinese military has never supported any hacking activities, and the Chinese government has always been firmly opposed to and cracking down on relevant criminal activities in accordance with law, including network attacks,” China’s Defence Ministry said.

“Relevant accusation is totally groundless and a bad act of smearing China,” the statement added, calling on Washington to stop making “groundless accusation against China.”

To be sure, quite a different reaction from that of Russia which has responded mostly with mockery and accusations of stupidity.

The Chinese defense ministry wasn’t done, however, and added that Instead of blaming China for spying, Beijing challenged Washington to “give a clear explanation on the Prism Gate incident, ” not just to China, but to the entire international community.

Oops. Next thing you know Russia and China will demand that the CIA explain all of its own “stealth” campaigns to overthrow foreign government, among which the following:

First revealed through the Edward Snowden leaks in 2013, PRISM is a code name of the NSA surveillance program used to gain access to the private communications of users of nine popular Internet services, including Verizon, Apple, Google, Yahoo, Microsoft and Facebook.

The system grants NSA access to email, chat logs, VoIP traffic, files transfers, and other social networking data from companies. PRISM is just one of the numerous US spying tools and techniques exposed by Snowden.

While in the past the rest of the world – especially US trading partners – would eagerly keep their mouths shut when faced with grotesque accusations such as those emanating from the US intelligence apparatus, the fact that both Russia and China openly dare to refute, mock, ridicule and otherwise challenge is the real story here, one which the mainstream media will however ignore, as it chases fading marginal clicks based on the “fake news” story that somehow Clinton was elected, and the Democrats lost because Vladimir Putin had the temerity to expose their dirty laundy.