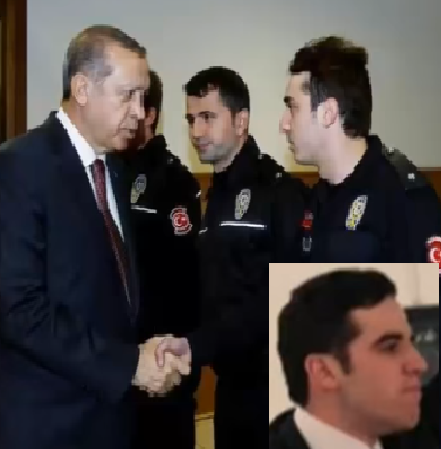 – Murder of Russian Ambassador an Act of Revenge by Rabid Zionist Extremists:

Rather than the CIA, NATO, and a host of other purported culprits it is rabid Zionist extremists who are behind the murder of Russian political envoy, Andrey Karlov. Mr. Karlov was a martyr to the cause of peace, make no mistake about it.

He was shot dead by a Zionist agent, Mevlűt Mert Altinas, aka Mevlűt Goldstein (Altin means gold in Turkish).

Goldstein reportedly shouted: “We die in Aleppo, you die, here,” before shooting the ambassador repeatedly in the back.

He likely meant it. In all likelihood fellow Mossad agents, that is fellow Zionist, Turkish Jews, may well have died in the Russian offensive against Jewish-occupied Aleppo.

It was, not doubt, an act of vile revenge orchestrated by Zionist extremists, just like the assassination of Yitzak Rabin, just like the hit called on John F. Kennedy. Per the UK’s Independent:

The shooting came a day before Russia, Turkey and Iran were due to hold talks over the ongoing conflict in Syria. Russia and Iran have backed Syrian President Bashar al-Assad while Turkey has supported his enemies.

It cannot be a coincidence. It was a plot to scuttle these talks, orchestrated at the highest levels by agents of the world Zionist cabal. Thus, it is, the ambassador was sacrificed. Moreover, the assassin was no Islamic person but, rather, a secretive, treacherous Jew, who himself was an agent of the local secret police:

“Has anyone else noticed how, when it is convenient israel sides with the West…..as if.
In reality they never integrate, but form cliques.
We tend to forget the israeli involvement in every conflict since its creation in 1947.
If in doubt, google it, but it is a minefield of pro jew propaganda that one must be wary of.”