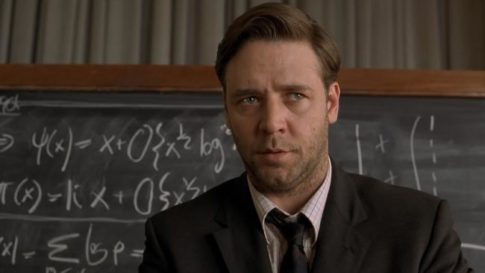 – Acquired savant syndrome: When tragedy turns you into a genius:

IMAGINE if you woke up one day and could suddenly play an instrument flawlessly.

Or make sense of complex mathematical equations you never could have comprehended in school.

Or maybe you could recall all the details from specific dates in your life at the drop of a hat.

A handful of people around the world have a mental condition known as “acquired savant syndrome”.

A “savant” is a person with a mental disability, like autism, who demonstrates “superhuman” abilities, typically in the fields of maths, music or art.

The “acquired” term refers to people who were not born with this ability; rather, they developed these prodigious capabilities through a particular health disturbance or physical incident, like a stroke or severe head injury.

Experts believe all of our brains are capable of these talents, but for the vast majority of people, they have been overlaid by more complex abilities, like language.

For these rare few though, their stories are truly fascinating.

Growing up, Jason Padgett was not a particularly academic student.

The former futon salesman went to the gym almost every day, donned a dated mullet, and led a life revolving around girls and partying.

While he scored relatively high on IQ tests, he never had an interest or unique ability in mathematics.

Until one violent incident changed his life forever.

On a September night in 2002, at the age of 31, Mr Padgett was physically assaulted outside a karaoke bar in Washington.

As he left the bar, two men approached him from behind and punched him in the back of the head. As he fell to the floor, they kicked and struck him repeatedly, and he suffered what doctors called a “profound concussion”.

Mr Padgett recovered in hospital and was sent home shortly after the incident, believing everything would soon be back to normal.

But it wasn’t until he woke up the following day that he realised certain things were different. For one, he’d suddenly become obsessive over tiny details that he consciously told himself were silly, like washing his hands over and over again in a short space of time.

But for another, he started noticing incredible details and intricate shapes in otherwise everyday objects.

“When I used the sink and took a shower that morning, I saw lines emanating out perpendicularly from the flow of the water,” Mr Padgett writes in his book Struck by Genius: How a Brain Injury Made Me a Mathematical Marvel. “At first I was startled, and worried for myself, but it was so beautiful that I just stood in my slippers and stared.”

As his brain became overstimulated, Mr Padgett turned to mathematics. He found solace in drawing geometrical shapes, which he’s since likened to people finding religion, saying it was the only way to distract himself from his overstimulated mind.

He’s also a professional speaker and artist specialising in intricate geometrical shapes based on his own visualisations.

Give Orlando Serrell any date in history and he’ll immediately be able to tell you exactly what day that was.

Serrell, 48, insists he neither memorises nor calculates the dates.

“I have better things to do with my day than sit down and study a calender,” he told the Discovery Channel.

And yet he can tell you the day, temperature, and his exact whereabouts on any given date following his accident.

February 7, 1983? “Monday. It rained that day, I had a pizza from Dominoes. Pepperoni and sausage.”

As a child, Mr Serrell, from Virginia, had no unique intellectual ability. But when he was just 10 years old, he suffered a blow to the head while playing baseball with a group of friends.

While running to first base, the careening ball hit him on the left side of the head so hard he fell to the ground.

He was knocked momentarily unconscious, and when he picked himself back up, he had a throbbing headache that wouldn’t go away.

But when the pain subsided, Mr Serrell slowly came to realise his brain had fundamentally changed.

He suddenly had the ability to do complex mathematical equations, and his memory also vastly improved.

Scientists have tested Mr Serrell frequently, quizzing him on the weather every day since his accident. They concluded he’s never made a mistake.

He says he has no idea how he’s able to do it — he just can.

Anthony Cicoria is an orthopedic surgeon from New York.

In 1994, at the age of 42, he was chatting to his mother on an outdoor pay phone when lightning from a gathering storm struck the booth, shooting through the phone and into his head.

Luckily, the woman waiting to use the phone behind him happened to be a qualified nurse. She performed CPR on the man, saving his life, and he recovered a few weeks later. Neurological exams were conducted, and no unusual brain activity was detected.

But shortly afterwards, Dr Cicoria developed an abrupt urge to listen to classical piano music. Despite no prior interest in the instrument or the genre, he bought himself sheet music and began teaching himself to play.

He found the learning process too slow. Instead of playing the music in front of him, he kept getting distracted by melodies that were sounding inside his own head.

When he realised these songs were actually of his own creation, Dr Cicoria began scrawling them all down until he realised he’d composed dozens of songs.

Within three months of his accident, Dr Cicoria was spending nearly all of his time playing the piano and composing new music.

Eventually — despite no previous interest in classical music — he had his public debut as a pianist and composer at a solo recital.

In 2008, Dr Cicoria released a CD of his music called Notes From An Accidental Pianist and Composer. His best-known song from the album is fittingly titled The Lightning Sonata.

Tommy McHugh was a poet and artist from Liverpool in England.

At the age of 51, he suffered a stroke on both sides of his brain in 2001. According to The Telegraph, he had no idea who he was when he returned home.

He could neither recognise his wife, nor his own reflection in the mirror. He couldn’t walk or eat, nor could he comprehend the need to do so.

But as he was at home, Mr McHugh suddenly felt a huge, creative urge to paint. He began covering the walls, doors and ceilings of his house in bright, vivid patterns, until there was literally no space left.

“It was as though a balloon had popped,” he told The Telegraph. “I could see the beauty of the world. I knew who I was. The man I used to be had gone forever. I don’t even know who he was.”

Mr McHugh had no outward artistic capability prior to his stroke. He was one of 12 children born into a working-class family, and was a former heroin addict who served time in prison. Before the stroke, he worked as a builder.

Alonzo Clemons, from Colorado, had a natural gift for sculpture. At the age of two, he couldn’t get enough of Play-Doh, which he would spend hours at a time sculpting and moulding.

At the age of three, Mr Clemons suffered a serious head injury. For years afterwards, he was unable to function autonomously: he couldn’t speak, tie his shoes or dress himself.

Doctors estimated he had an IQ between 40 and 50.

But over time, it was found that Mr Clemons had a bizarre artistic talent. He could look at any animal for just a few moments, and then “sculpt” a detailed, three-dimensional replica of it out of clay or wax.

With his precise sense of touch, he could even sculpt in the dark, and produced some of his works in less than an hour. These works have sold for as much as $US45,000.

According to Beautiful Minds: A Voyage into the Brain, a documentary miniseries exploring the talents of various savants, it wasn’t as simple as Mr Clemons having the ability to sculpt. It was a compulsion — something he had to do.

His assistant, Nancy Mason, told the program of an incident in which Mr Clemons was in a residential facility and had his clay taken away from him, so he could learn basic skills.

“In the dorm where he lived, there were windows that had panes of glass, and sometimes the pane would get broken,” said Ms Mason. “He was so observant, he knew that soon the maintenance man would be coming along, removing the broken glass, putting in a new pane, and all around the edges of that would be putting in glazing or putty.

“As soon as the maintenance man was gone, there was Alonzo, scraping off that putty so he could use it to sculpt.”

Ahh, the things the brain can do.