Check out this receipt and you realize why the country just elected Donald Trump. Liberal Democrat scumbag mayor Jim Kenney and his entirely Democrat city council thought it was a brilliant idea to ram a beverage tax down the throats of Philadelphians last year. They were doing it for the chilruns. It’s always for the chilrun. The ignorant masses bought the load of bullshit because they don’t understand maff. They understand it now. The tax went into effect on January 1 and the sticker shock is infuriating the ignorant masses.

This receipt for a 10 pack of flavored water shows a 51% beverage tax. It gets even better. PA has a sales tax of 6%. Philly already charges another 2% (for the chilruns) to make the sales tax 8%. These bastards now charge the 8% on the original price plus the beverage tax. Last week this purchase came to $6.47. Today it is $9.75. 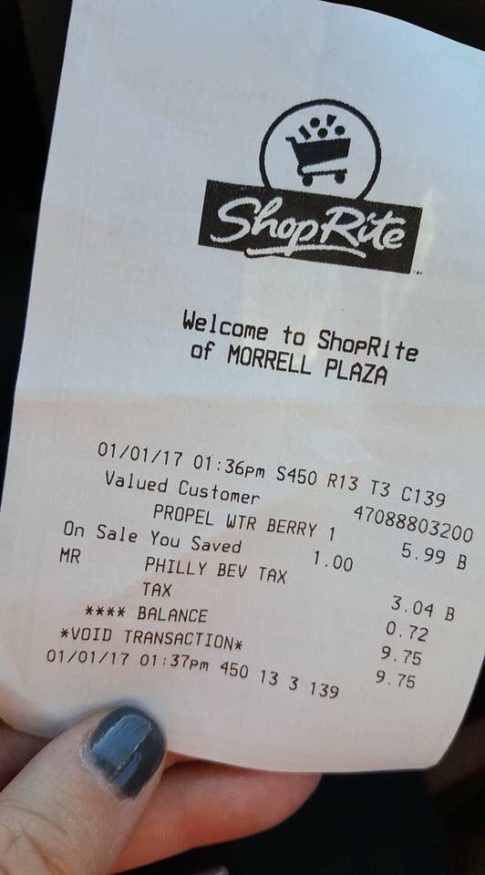 Now ask yourself, who drinks the most sugary drinks? That’s right. Obese uneducated poor people who are likely to be scraping by on food stamps or very low incomes. Kenney and his liberal minions have fucked over their main voters. This tax is going to drive grocery purchases outside the city and hurt small restaurant owners. It isn’t benefiting kids. It’s funding the bloated pensions of teachers and government employees. Overall tax revenue will decline. Democrats are complete idiots when it comes to economics. Taxing their people to death is destroying Philly.

As a side note, PA, which already had the highest gas tax in the country, increased it by another 8 cents per gallon on January 1. I’m sure the corrupt PA Dept of Transportation will spend the millions wisely on bloated union construction contracts for sub-par work that is only two years late getting completed. Happy New Year from Taxylvania!!!!

Philadelphia rang in the new year with a controversial new beverage tax on soda and other sugar-sweetened drinks. The tax, which went into effect on Sunday, is the first one of its kind in a major city in the United States.

While the tax is technically 1.5 cents per ounce, which doesn’t sound too terrible, when buying a 10-pack of 20 oz bottles those numbers climb pretty quickly. In this case, a 10-pack of Propel flavored water that originally retailed for $5.99 had an additional three dollars tacked on to it in taxes.

Chuck Andrews picked up a $1.77 gallon jug of tea, got home and looked at his receipt.

“When I read the receipt I’m like, ‘Wait a minute. I paid more in tax than I did for the product,’” Andrews said.

Andrews’ point is he would rather have the full cost, the product and the tax inclusive, posted on the main shelf tag.

A customer at a Save-A-Lot on Woodhaven Road snapped a picture of a 12-pack of diet green tea and the price surge of what normally costs $4.99. It’s now $8.03. 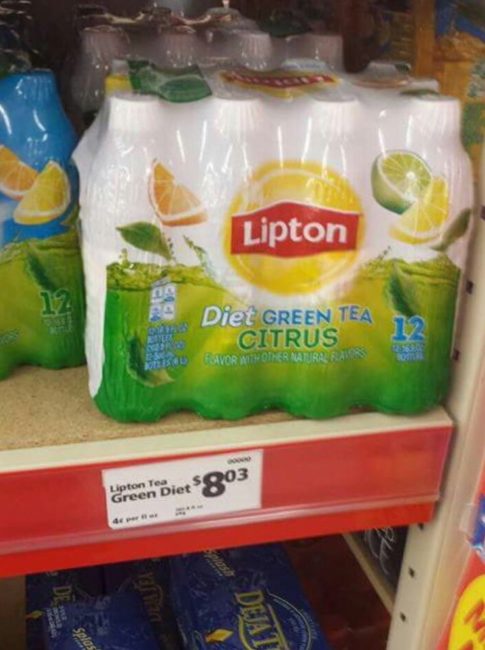 “I understand that the school systems need money, but there’s other ways to go about it than to make such a drastic increase on soda,” Elena Porsch of South Philadelphia said.

The mayor’s office tells Action News, “The tax is on the distribution of sweetened beverages from companies like Coca-Cola to dealers like supermarkets, and because it’s not a sales tax… distributors don’t have to pass it on to customers.”

Small businesses like Franzones in Manayunk have already been getting an earful from customers about the higher prices and wonder what this will mean for their future.

Many people are saying they will go out of Philadelphia rather than pay the tax. Others say they will change what they buy.

It’s also important to note, if grocery stores purchased these taxable beverages last week from their distributors, then the soda tax wouldn’t apply. But if the beverages were purchased on the first of January or after, it would.

Philadelphia is not alone. As the WSJ adds, Bay Area voters in San Francisco and Oakland also approved a penny-per-ounce tax on sugary beverages, the same rate as Berkeley’s. And Boulder, Colo., residents, approved the nation’s steepest soda levy, at two pennies an ounce—or a $1.35 extra—for a two-liter bottle. Those taxes are taking effect in coming months.

“They represent a new frontier of tax policy,” said Scott Drenkard, director of state projects for the Tax Foundation, a think tank that favors lower taxes. Soda taxes, he said, are “very stark examples of state and local governments using the tax code to influence nutrition choices, which are by definition very personal.”

Supporters of the taxes say the levies encourage people to drink healthier beverages. Instead, the newly implemented surcharges will likely just lead to a lot of very angry (sur)taxpayers.