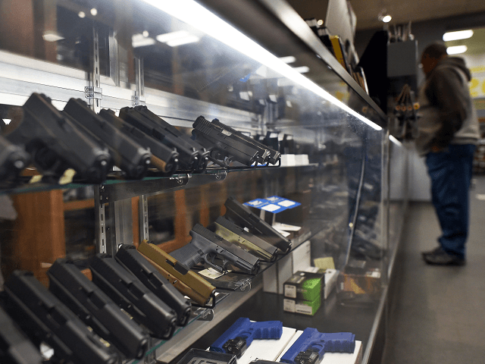 The number of Belgians applying for firearms permits has skyrocketed, with applications in one major province more than doubling in just five years, according to the authorities.

“The trend is clear, the number of applications we’ve received for gun licenses has more than doubled in five years”, said Divisional Commissioner of the province of Liège, Thierry Brasseur.

The number of applications has steadily risen each year, jumping 117 per cent from 2010, when 608 permits were requested, to 1,318 in 2015, Explaining that the trend looks set to continue, the commissioner revealed that the province received 1,436 new applications in the last year, to December.

Liège’s Service of Arms, the state body in charge of granting gun licenses in the province, hinted that rising crime, and terror attacks in Europe are what’s fueling the “extraordinary enthusiasm” with which Belgians are lining up to buy firearms.

Another major contributor to Belgians’ anxiety, Le Soir reports, is the frequency which which burglaries and home invasions are taking place — 180 a day in 2015, in the country of less than 11.5 million people.

Firearms permits are tightly controlled in Belgium, where they are only issued after the authorities conduct a “morality investigation” into applicants, who also have to pass a theoretical and practical test. Strict rules are in place for gun owners, too, as it’s forbidden to leave the house with a firearm unless it’s carried from there the the shooting club in a locked case. At home, the law states that guns must also be kept in a safe.

At the symposium in Liège, participants were informed that soaring gun ownership has had no impact on crime, which has remained stable since 2015. “The problem is not people who have declared weapons and who are legally entitled to hold them. The real problem is the others” said Christophe Baes, the district commissioner of Walloon Brabant where gun permit requests jumped 20 per cent from 2015 to 2016.

Following a series of tough gun control measures, affiliation to a sports shooting club has become the least complicated legal way to apply for a license. In Liège, 80 to 90 per cent of the new requests concern sports shooting.

A similar trend can be seen in France, where shooting clubs have welcomed an additional 50,000 licensees since 2011 according to a survey by L’Obs — an increase of almost 40 per cent — which has been reinforced a spate of terror attacks in the country.

“Before the beginning of 2015, it was only a vague trend. Since the ‘Charlie Hebdo’, Bataclan and Nice attacks [gun license requests] have become a growing phenomenon. In the climate of psychosis that crosses the country, where there are real threats of terrorism, multiple insecurities and sometimes fantasies of all kinds, several indicators show that an increasing number of French people are seeking to arm themselves”, France’s biggest news and information weekly noted.

In the wake of mass sex attacks by migrant mobs in Cologne on New Year’s Eve 2016, major German cities all reported an influx of requests for weapons permits. Cologne police estimated that they received at least 304 applications within just two weeks of the mass sexual assaults. In 2015 the city’s police force saw just 408 applications total over the entire year.