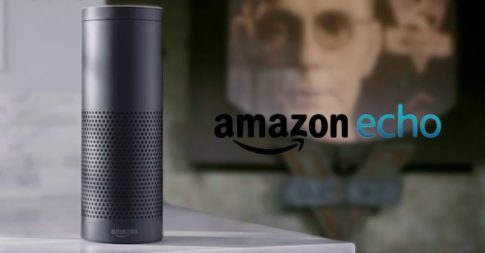 (ANTIMEDIA) Technology has, for the better part of the last decade, changed our lives in significant and groundbreaking ways. But as technology continues to make great strides, helping us change the way we do business and live our lives, it is also employed by bureaucrats looking to keep an eye on everyone.

Thanks to Edward Snowden and others before him, like former U.S. National Security Agency (NSA) intelligence official William Binney, we now know U.S. officials make use of secret courts to gain access to phone records — ignoring due process and, of course, the 4th Amendment to the U.S. constitution. But even though the NSA revelations were widely discussed and privacy advocates have continued to press legislators and officials to justify the illegality of their actions, things seem to have only gotten worse — at least as far as official government policy is concerned.

Instead of reforming the system to make sure officials observe the constitution, laws have been passed to increase the government’s access to technologies used widely by Americans and visitors. The result? The widespread normalization of government spying.

Instead of sweeping outrage, many Americans continue to feel that being spied upon is part of their everyday lives — and that instead of fighting it, they should embrace it as a means to protect the country from external forces.

To nearly half of the population, recent news about a court order regarding a private Amazon Echo may not seem as shocking as it should.

A case involving a murder in Arkansas just helped the public learn that companies like Amazon often retain recordings of people’s conversations through devices like Amazon Echo — and that these recordings are stored in servers that may later be subject to law enforcement investigations. Depending on how the case shapes up, it could set a legal precedent that would open up government access to similar smart devices, and even force companies to keep these recordings in storage for future investigations.

The first warrant naming this specific device was tied to a Bentonville, Arkansas, murder that happened in November 2015. The official document asked the company to release “any recordings between November 21 and November 22, 2015.” The Amazon Echo device in question belongs to James Andrew Bates, the suspect facing a first-degree murder charge associated with the death of his friend, Victor Collins. Collins was allegedly strangled and drowned in Bates’ hot tub.

In the search warrant, police wrote that the “records … retained by Amazon.com … are evidence related to the case under investigation.” Nevertheless, Amazon did not release any data. Instead, the company provided investigators with the suspect’s account details, which include past purchases. Despite Amazon’s decision not to cooperate unless “a valid and binding legal demand properly [is] served,” officials may still be able to recover information from the device’s speakers without the company’s help.