As politicians and mainstream media blast Trump’s apparently incendiary tweet regarding nuclear arms, none other than President Obama just signed legislation that, by striking a single word from longstanding US nuclear defence policy, could heighten tensions with Russia and China and launch the country on an expensive effort to build space-based defense systems. 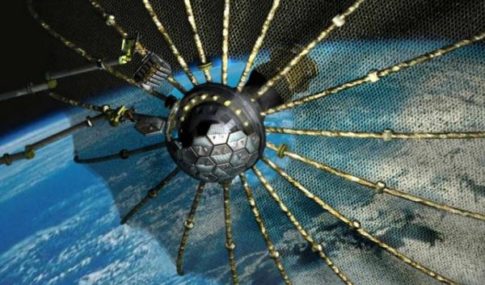 The mainstream media has lambasted the president-elect for “endangering the world” and “starting another nuclear arms race.” However, that same mainstream media appears mute in their response to what President Obama just did…

One struck the word “limited” from language describing the mission of the country’s homeland missile defence system. The system is said to be designed to thwart a small-scale attack by a non-superpower such as North Korea or Iran.

A related provision calls for the Pentagon to start “research, development, test and evaluation” of space-based systems for missile defence.

Together, the provisions signal that the US will seek to use advanced technology to defeat both small-scale and large-scale nuclear attacks.

That could unsettle the decades-old balance of power among the major nuclear states.

Huge bipartisan majorities in both houses of Congress approved the policy changes over the past month, with virtually no public debate.

Although the White House had earlier criticised the changes, it stopped short of threatening a veto. On Friday, Obama signed the legislation.

“It defies the laws of physics and is not based on science of any kind,” said L. David Montague, a retired president of missile systems for Lockheed and co-chair of a National Academy of Sciences panel that studied missile defence technologies at the request of Congress.

“Even if we darken the sky with hundreds or thousands of satellites and interceptors, there’s no way to ensure against a dedicated attack,” Montague said in an interview. “So it’s an opportunity to waste a prodigious amount of money.”

He called the provisions passed by Congress “insanity, pure and simple.”

Republican Congressman Trent Franks, who introduced and shepherded the policy changes in the House, said he drew inspiration from former president Ronald Reagan’s Strategic Defence Initiative of the 1980s, which was intended to use lasers and other space-based weaponry to render nuclear weapons “impotent and obsolete.” Known as “Star Wars”, the initiative cost taxpayers US$30 billion, but no system was ever deployed.

Philip E. Coyle III, a former assistant secretary of defence who headed the Pentagon office responsible for testing and evaluating weapon systems, described the idea of a space-based nuclear shield as “a sham”.

“To do this would cost just gazillions and gazillions,” Coyle said. “The technology isn’t at hand – nor is the money. It’s unfortunate from my point of view that the Congress doesn’t see that.”

He added: “Both Russia and China will use it as an excuse to do something that they want to do.”

Finally, when asked whether the country could afford it, Franks replied: “What is national security worth? It’s priceless.”

So who is “starting an arms race?”