“German police is searching for a Tunisian man after conveniently finding a temporary-stay permit under the driver’s seat of the truck that plowed into a Berlin Christmas market,…”

– New Suspect In Berlin Terror Attack Manhunt: Search Is On For Known Tunisian With Islamist Links:

Update: According to Reuters, quoting German newspapers, the Tunisian suspect had been in contact with network of leading Islamist ideologist know as Abu Walaa, and had applied for asylum and received residency permit.

The German state minister says the suspect in Berlin attack appears to have used different names, declined to say whether suspect was on a watch list but security agencies have identified suspect as being in contact with Islamist network.

The German state minister also said the suspect appears to have arrived in Germany in July 2015, and his asylum application had been rejected.

According to the interior minister of North Rhine-Westphalia state, Ralf Jäger, the suspect in the Berlin terror attack was previously investigated in connection with an earlier terror plot, the senior German official has said. Jäger said an investigation had been launched against the suspect earlier this year on suspicion of “preparing a serious crime endangering national safety”.

The investigation was launched by police in North Rhine-Westphalia but mainly conducted in Berlin, he said.

German police is searching for a Tunisian man after conveniently finding a temporary-stay permit under the driver’s seat of the truck that plowed into a Berlin Christmas market, killing 12 people, according to Spiegel Online. The man is aged 21 or 23 and known by three different names, according to reports in the daily Allgemeine Zeitung and the Bild newspaper. According to a slightly conflicting report, the document was in the name of Anis A., born in the southern city of Tataouine in 1992. 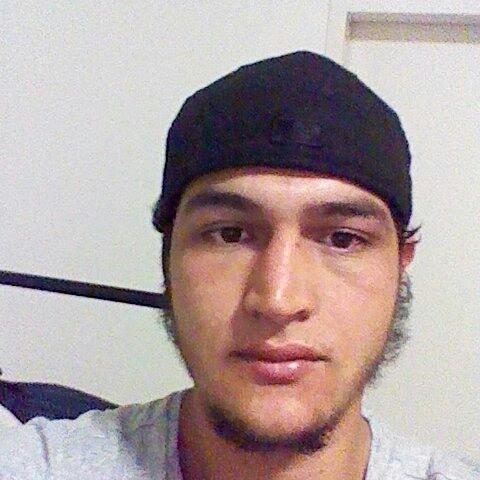 It was not immediately clear why it took so long to find the alleged identity document which was located under the driver’s seat, and why a different person of interest was detained for nearly 24 hours after the attack.

The Tunisian suspect had been in contact with the network of a leading Islamist ideologist known as Abu Walaa, Germany’s Sueddeutsche Zeitung reported. The newspaper, which did not cite a source in its report, added the Tunisian had applied for asylum and been granted a residency permit. He had gone into hiding this month, the paper added.

As a reminder the man who rammed a truck through a crowd in Nice during Bastille Day celebrations, killing 86, was also Tunisian-born.

Bild reported that the Tunisian was known to police as a possibly dangerous individual, and part of a large Islamist network. A police operation is said to be under way in the state of North Rhine-Westphalia where the permit was issued. Reports also say the suspect may have been injured in a struggle with the driver.

He applied for asylum in April and was given a temporary residence permit, the Sueddeutsche Zeitung said.

Police initially arrested a Pakistani asylum-seeker near the scene, but released him without charge on Tuesday. Authorities have warned that the attacker is on the run and may be armed. It is not clear if the perpetrator was acting alone or with others.

According to Reuters, the Polish driver of the killer truck was found shot dead in the cabin of the vehicle. An autopsy indicated that the driver was still alive at the time of the attack, the daily Bild reported. It quoted an investigator as saying there must have been a struggle with the attacker, who may have been injured. The 37-year-old Pole named Lukasz worked for his cousin Ariel Zurawski’s transport company in northern Poland. Zurawski described him as a “good guy” and said his body showed signs of a struggle with the assailant or assailants.

Islamic State has claimed responsibility, as it did for a similar attack in July when a Tunisian-born man rammed a truck through a crowd celebrating Bastille Day in the French city of Nice. Eighty-six people were killed, and the driver was shot dead by police.

The head of the Association of German Criminal Detectives, Andre Schulz, told German television late on Tuesday that police hoped to make another arrest soon. “I am relatively confident that we will perhaps tomorrow or in the near future be able to present a new suspect,” he said.

“We want to raise the police presence and strengthen the protection of Christmas markets. We will have more patrols. Officers will have machine guns. We want to make access to markets more difficult, with vehicles parked across them,” Bouillon told the paper.

German Chancellor Angela Merkel, who will run for a fourth term next year, has said it would be particularly repulsive if a refugee, seeking protection in Germany, was the perpetrator. The Chancellor was slammed by the anti-immigrant Alternative for Germany (AfD) party, which has won support in the last two years as Merkel’s own popularity has waned, who said on Tuesday that Germany is no longer safe.

Some politicians have also called for changes to Merkel’s immigration and security policies after she allowed more than a million migrants to enter Germany in the last two years, many fleeing countries such as Syria, Iraq and Afghanistan. Bavarian Interior Minister Joachim Herrmann told German radio on Wednesday that there was a higher risk of Islamist attacks because of the influx of migrants.

1 thought on “New Suspect In Berlin Terror Attack Manhunt: Search Is On For Known Tunisian With Islamist Links … After German Police Conveniently Found A Temporary-Stay Permit Under The Driver’s Seat Of The Truck”