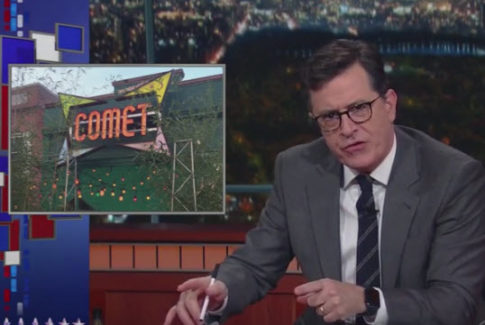 As previously reported, thanks to Wikileaks we also know that Colbert did two appearances with Bill Clinton lauding the Clinton Foundation.

The guy is coming off as a total tool of that machine, so its kind of hilarious for him to do an entire bit on Pizzagate and act outraged and tell other people to “grow the f*ck up”.

Colbert titled it, “Pizzagate Is An Alt-Right Fever Dream”:

Just by the way, giving Pizzagate this much mainstream media attention in a “me thinks he doth protest too much” kind of way is just confirming for many people that the conspiracies are more fact than theory. 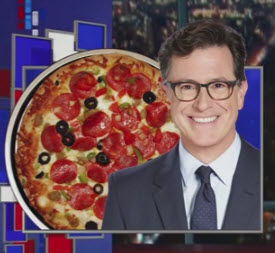 “Obviously the Clinton establishment is in serious damage limitation mode. They have successfully ridiculed the alt-media, but it’s too late, because too many free thinkers now know the MSM lies first, then adjusts depending on the disbelief chart.
Clobert (sic), like the English jew John Oliver gain support from cleverly presented piss taking ridicule of genuine attempts to find the truth.”