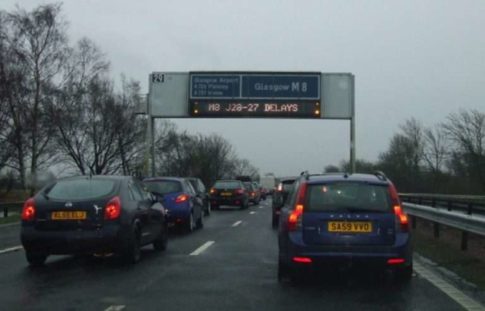 – Britain’s Roads: The Most Jammed in Europe:

If you’ve sat in a traffic jam recently on Britain’s roads, you’re not alone. It will come as no surprise to anyone who regularly drives in the UK that our roads are very busy, but the proof is now in that they’re actually the most congested in the whole of the EU.

The proof comes from a study of EU cities performed by Inrix, and reported on by The BBC. Inrix, a data analysis organisation, spent time studying traffic data from over 120 European cities and identifying “traffic hotspots.” These are “pinch points” where drivers have to slow down to 35% (or less) of their expected speed for at least two minutes.

It turns out that here in the UK, we have over 20,000 of these hotspots across 21 of the cities studied. This is by far the highest number of any EU country. Behind us, by a long way, is Germany, with 8,517 hotspots, and Italy, with just over 5,000. Without doubt this means many UK drivers suffer more frustration on the roads than anyone else across the EU.

Which of Britain’s Roads are Worst?

Unsurprisingly, London is right at the top of the list, with the M25 singled out as the place in Britain where people are most likely to suffer gridlock. The worst hotspot of all is the Northbound M25 between junctions 15 (M4) and 16 (M40).

Scotland is next on the list with the Edinburgh bypass named at Britain’s second worst hotspot, and Glasgow’s A8/M8 junction closely behind.

With over 20,000 of these hotspots across the UK, it’s almost impossible to avoid some of them on any cross-country trip. Factor in Britain’s rather unpredictable weather, and things look even worse.

Hopefully, investment announced as part of the recent Autumn Statement may finally see the nation making some headway with these almost-perpetual jams. £1.3 Billion of funding has been announced, over £200 Million of which is specifically to address “pinch points.” With over 20,000 of them identified in this study, Britain clearly needs every penny of it.

Do you think Britain’s roads are too congested? What do you think is the main cause? Share your opinions in the comments below.

“We have constant gridlock, so much so that “rat runs” avoiding the motorways are also becoming congested.”