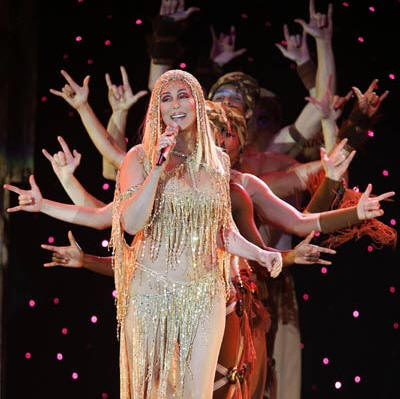 – These Are The Celebrities Who Vowed To Leave America If Trump Wins:

Used to dramatic theatrics even if many of them sounded dead serious, dozens of celebs vowed over the last few months to depart the US if Donald Trump won the White House, saying they’d buy a one way ticket to everywhere from Canada to Jupiter. And perhaps some of them planned on carrying through on their threat: overnight Canada’s immigration website crashed from heavy traffic after it became clear that Trump would win.

The question, however, now is how many of these provocateurs will be true to their word, especially in a world in which long-held conventions just got slammed overnight: how many of these so-called starts will make good on their promise?

So, for the sake of convenience, here is a list of celebrities who claimed they would move out of the U.S. under a Trump administration, courtesy of the Hill, should anyone decide to hold them accountable.

Bryan Cranston said he hopes he doesn’t have to pack his bags, but would “definitely move” if Trump won. “Absolutely, I would definitely move,” the “Breaking Bad” star said on “The Bestseller Experiment” podcast. “It’s not real to me that that would happen. I hope to God it won’t.”
Samuel L. Jackson slammed Trump for running a “hate”-filled campaign and said he would move to South Africa if he wins. “If that motherf—er becomes president, I’m moving my black ass to South Africa,” the movie star quipped to Jimmy Kimmel.
Lena Dunham told Andy Cohen at the Matrix Awards that “I know a lot of people have been threatening to do this, but I really will. I know a lovely place in Vancouver.” The star and creator of HBO’s “Girls” has been a vocal advocate for Hillary Clinton, the Democratic nominee.
Neve Campbell, an actress on the political drama “House of Cards,” vowed to move back home to Canada, while “Orange is the New Black” actress Natasha Lyonne said she would hightail it to a mental hospital.

Cher tweeted this summer that if Trump gets elected, “I’m moving to Jupiter.”
Miley Cyrus wrote in an emotional Instagram post in March that tears were running down her cheek and she was unbelievably scared and sad. “I am moving if he is president,” the young pop star said. “I don’t say things I don’t mean!”
Barbara Streisand, a vocal Clinton supporter, told “60 Minutes” that “I’m either coming to your country if you’ll let me in, or Canada.”
Ne-Yo told TMZ last month that he’d move to Canada and be neighbors with fellow R&B singer Drake if the country elected Trump.

Comedian Amy Schumer said in September that Spain would be her destination of choice.
“My act will change because I will need to learn to speak Spanish,” Schumer said in an appearance on the BBC’s “Newsnight.” “Because I will move to Spain or somewhere. It’s beyond my comprehension if Trump won. It’s just too crazy.”
Chelsea Handler said she already made contingency plans months ago.
“I did buy a house in another country just in case,” the comedian and talk show host said during an appearance on “Live with Kelly and Michael” in May. “So all these people that threaten to leave the country and then don’t — I actually will leave that country.”
Former “Daily Show” host Jon Stewart said he would consider “getting in a rocket and going to another planet, because clearly this planet’s gone bonkers” if the real estate mogul wins.
Whoopi Goldberg, co-host of the “The View”, said on an episode of the talk show earlier this year that if the country elects Trump, “maybe it’s time for me to move, you know. I can afford to go.”
Keegan-Michael Key said he would flee north to Canada. “It’s like, 10 minutes from Detroit,” the comedian told TMZ in January. “That’s where I’m from; my mom lives there. It’d make her happy too.”
Hispanic comedian George Lopez said Trump “won’t have to worry about immigration” if he takes the White House because “we’ll all go back.”

Supreme Court Justice Ruth Bader Ginsburg joked in an interview with The New York Times in July that it’d be time to move to New Zealand if Trump were to win.
“Now it’s time for us to move to New Zealand,” she said quoting her husband who died in 2010. “I can’t imagine what the country would be with Donald Trump as our president. For the country, it could be four years. For the court, it could be — I don’t even want to contemplate that.”
Ginsburg later apologized for her comments, calling them “ill-advised.”
Civil rights activist Al Sharpton told a reporter earlier this year that he’s “reserving my ticket out of here if [Trump] wins.”