– Large Democratic Donor At NYC Fundraiser: Blacks Are “Seriously F***ed in The Head”:

In the latest bombshell Project Veritas video, a large Democratic donor, Benjamin Barber, is caught on film at a fundraiser comparing black republican voters to Nazis and saying they’re “fucked in the head.”  The disparaging comments came at a New York City fundraiser for Deborah Ross who is running for the U.S. Senate for the state of North Carolina.

“Have you heard of the Sonderkommandos? Jewish guards who helped murder Jews in the camps. So there were even Jews that were helping the Nazis murder Jews! So blacks who are helping the other side are seriously fucked in the head. They’re only helping the enemy who will destroy them. Maybe they think ‘if I help them we’ll get along okay; somehow I’ll save my race by working with the murderers.’”

Deborah Ross, the Democratic nominee for the U.S. Senate from North Carolina, is running against Republican incumbent Richard Burr.  Ross also makes a cameo in the latest Project Veritas video citing the recurring Democratic narrative that all Republicans are racists who try to use voter ID laws to suppress minority votes.

“Republicans know that young people, African Americans and women are less likely to have the ID, so they won’t vote.  It’s Jim Crow.  Just put the road block in…” 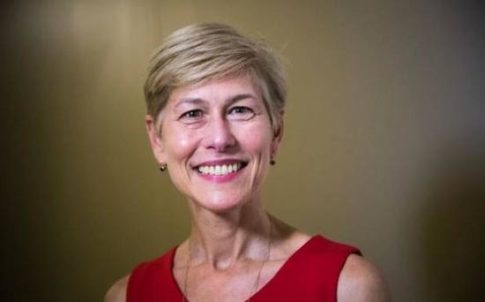 And now the Russians are reprogramming the minds of large Democratic donors…will they stop at nothing?

1 thought on “Large Democratic Donor At NYC Fundraiser: Blacks Are “Seriously F***ed in The Head””