“No-one will silence me!”

Oh, they will silence you, if you say “certain” things … 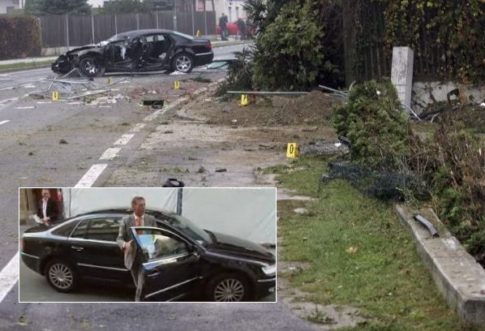 The trial of popular anti-Islamisation politician Geert Wilders for “inciting hatred” began Monday with the MP vowing not to attend, but rather focus on his work in the parliament.

Geert Wilders, leader of the increasingly popular Dutch Party for Freedom (PVV), is once again facing charges of inciting hatred in his native country of the Netherlands. Mr. Wilders is on trial for comments he has previously made about Moroccans in the country but has refused to participate in the trial, instead allowing his lawyer to represent him while he focuses on his parliamentary work, reports Kurier.

Lawyer Jan Knoops presented the court with a statement from his client on why he refused to attend the trial.  Mr. Wilders had released a video via his Twitter account on the 27th of October ahead of the trial to explain why he was boycotting the trial.

I will not attend this political trial.

“It is my right and my duty as a politician to speak about the problems in our country,” Wilders said. He added that the entire trial was a “travesty”, noting that it was his right and duty as an MP in the Netherlands to address issues of national interest. “This trial is a political trial, in which I refuse to cooperate,” he said.

Wilders is on trial for comments he made about Moroccans, who have become over-represented in crime in the Netherlands. A shocking story earlier this year highlighted the increasing violence after police discovered a severed head on the streets of Amsterdam. It was alleged to have been a Moroccan gangland killing sparked by conflicts between two criminal gangs.

The comments were made in March of 2014 where at a rally Wilders asked participants whether they would like to see fewer or more Moroccans in the country. The crowd  replied, “Fewer! Fewer!” and Wilders replied to the chanting crowd by confirming that his party would help achieve that.

A panel of three judges will consider the case, which is expected to last until the 25th of November, to determine whether the comments were fostering hatred or not. If convicted, Wilders could face a €20,000 fine or up to two years in prison.

Wilders’s PVV party are leading in the polls with a general election happening in March of 2017. The party has introduced several radical policy plans including banning the Koran and closing all mosques in the Netherlands.