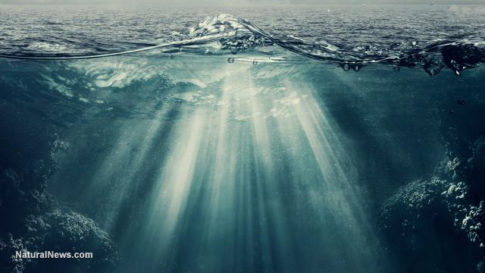 The “world’s first large-scale underwater energy farm” is being built off the coast of Scotland, and is expected to start producing power in 2017.

When completed, the MeyGen project will produce enough power to light up 175,000 Scottish homes, and may ultimately include the construction of as many as 269 undersea turbines – the first four of which are scheduled to be completed by the end of the year.

The power-generating potential of Scotland’s tides

The MeyGen project, which was developed by Atlantis Resources, uses the power of the tides to create electricity. Large undersea turbines are driven by the force of the tides – the Pentland Firth area off the Scottish coast where the project is being built is home to some of the most “valuable” tides in the world, in terms of power-generating potential.

Tidal power has some advantages over wind power; it’s a consistent and reliable source of energy, and tidal turbines stay out of sight underneath the waves. Tidal turbines are also smaller than wind turbines, thanks to the higher density of water compared to air.

“According to Atlantis Resources, the turbines can be much smaller because sea water is approximately 800 times denser than air. That means the motion of a current moving at a speed of 5 knots (equal to roughly 5.75 mph) is so strong that it actually has more energy than a 217 mile-per-hour wind.

“And since tides are correlated with the moon and are therefore highly predictable, the amount of energy that can be produced by underwater turbines in a given location is more constant, reliable, and easier to estimate than that of wind power.”

After the first four turbines are finished, four more will be built in the second stage of the project. Then, another 53 will be added, and the final 208 will be built at a later date. The entire project is expected to be completed by the early 2020s.

Pros and cons of tidal power

As with any power source – “green” or otherwise – there are pros and cons.

Tidal power is indeed renewable and dependable. Regardless of the weather, tides are predictable and constant, unlike solar power which relies on sunny days.

And, as mentioned above, tidal turbines take up less space and are hidden out of sight.

However, one of the disadvantages of tidal power is the cost. Since there has been little development in the field thus far, the expense of building and maintaining tidal turbine systems is high.

Another critique levied against the use of tidal power is that it is limited to coastal regions only; it won’t benefit those who live far inland.

But perhaps the most serious concern of all is the potentially negative impact on sea life. The open blades and turbines can harm fish and other marine life. Habitats may be disturbed or destroyed, and migration patterns may also be affected.

Despite a four-year environmental impact study and a planned “ongoing marine life monitoring program” for the MeyGen project, it is still unclear what sort of long-term impact the project will actually have on sea life in the area.

Sustainable energy projects such as this one certainly appear to have potential, but “green” energy is not without its own drawbacks and environmental issues – at least at this stage of the game.

It’s important to understand that, although we do need to decrease our dependence on fossil fuels, renewable energy has not yet reached the point where it can replace fossil fuel and nuclear energy.

Further research and development may soon lead to renewable energy technology that truly will revolutionize the way we power our world, but for the moment, every form of energy still comes with a price.